Charles Trump the Chamber of Commerce and West Virginia Courts 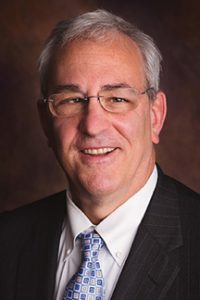 Over the past couple of years, Trump has helped move into law provisions that make it easier for businesses to cheat workers and consumers.

This week, Trump is moving another piece of legislation that is dear to the hearts of national big business groups.

Trump is holding a hearing today on SB 341 – a bill that would create a new West Virginia Intermediate Court of Appeals.

The majority in the West Virginia legislature is always talking about cutting government, reducing the size of government to save scarce taxpayer dollars.

Why then would the legislature turn around and spend millions of dollars a year to create an Intermediate Court of Appeals?

Because big business – in this case the U.S. Chamber of Commerce – wants it.

Everyone in Charleston knows this.

Last week, statewide radio host Hoppy Kercheval tried to get Charles Trump to admit as much.

“This is about the business community – it does not feel it can get a fair shake in the court system by only being able to appeal to the state’s Supreme Court,” Kercheval said.

“Businesses who are on the losing end of large dollar civil cases don’t feel like they are getting a fair shake under the current system. Is that a fair statement that contributes to what is going on here?”

“I don’t know Hoppy,” Trump said. “I’m not competent to say what the business community thinks.”

If it’s not the business community pushing for this, then what is it?

“I’m thinking about what is a rational, logical structure for appellate review of cases in the judicial branch of our government in West Virginia,” Trump said. “The only reason to do this would be to allow the development of more of a body of a decisional law than we have now because our Supreme Court, which is having to review every case of every kind on its own, is strapped to a fairly enormous workload.”

Steve Canterbury was the administrative director of the West Virginia Supreme Court for eleven years before being fired in January 2017.

Canterbury knows the ins and outs of the West Virginia court system and was featured last year on Kennie Bass’ WCHS-TV report that exposed the Supreme Court’s $32,000 couch and triggered Couchgate.

Canterbury calls Charles Trump “one of the most decent people in the legislature I have ever known, not to mention one of the very brightest and well-intended.”

But along with Kercheval, Canterbury has no doubt as to what is driving the move to create an Intermediate Court of Appeals.

“The creation of the Intermediate Court of Appeals has been pushed hard in West Virginia for the last several years by the U.S. Chamber of Commerce,” Canterbury said. “A primary mover in that body is the insurance industry. Insurance companies view intermediate appellate courts favorably – even though those decisions can all be appealed to the state’s Supreme Court and, thereby, to Justices in whom they may have no faith – simply because of the delay in the possible payouts.”

“It’s true that, the longer cases take, the more likely plaintiffs want to get them over with, to settle for pennies on the dollar,” Canterbury said.

Canterbury says that the legislation currently before the Senate Judiciary Committee is the Chamber of Commerce’s dream – the intermediate court would hear primarily business-related civil suits and delay payouts by at least a few more years.