Senator Charles Trump (R-Morgan), the chairman of the West Virginia Senate Judiciary Committee, is leading the charge in the state legislature to help corporations cheat workers and consumers — and to make getting caught a mere cost of doing business. 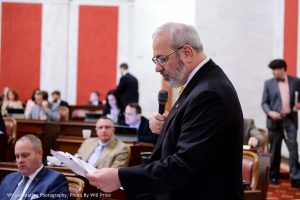 Geffert represents workers and consumers against corporations who are trying to cheat them. 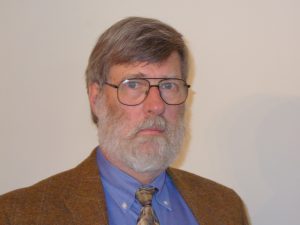 “So, in 2017, Senator Trump helped change the requirement so that the notice of representation had to be sent by certified mail.” [Senator Trump was the original sponsor of the legislation – SB 563 – that was passed into law in 2017.]

“If a debt collector continues to illegally harass a consumer, or if a newly bought used car blows up, the procedure to obtain relief is long and cumbersome,” Geffert explained. “As a result of Senator Trump’s legislative work, since 2015 a consumer who has been illegally harassed or ripped off cannot simply sue the bum.”

“First, the consumer must send a letter by certified mail, return receipt requested, to the rip-off artist’s registered agent or, if there is none, to its principal place of business. The letter not only has to give the factual basis for the claim, but has to tell the rip-off artist that it has 45 days after receipt of the letter to propose a cure.”

Geffert said that this “convoluted procedure” is in direct contrast to the procedure a bank uses to foreclose on a home.

[Senator Trump has been chairman of the board of CNB Financial Services for the past ten years.]

“To foreclose, a bank only has to send a notice by certified mail directed to the owner and place a couple of ads in the back of newspaper,” Geffert said. “It does not matter whether the owner actually receives the notice – all that matters is that the notice was mailed.  The foreclosure sale can take place as little as twenty days after the notice was mailed by the bank.”

“If Senator Trump and his friends have their way, things will get even worse for workers,” Geffert said.

“Senate Bill 7, for which Mr. Trump is a primary sponsor, would make it much more difficult for a worker to recover wages an employer has refused to pay,” Geffert said.

“A worker who did not get what he earned would have to follow the same procedure as is now required for a consumer who has been cheated. The certified letter must tell the employer both the facts for the unpaid wage claim and tell the employer it has 20 days to offer a cure.  If the employer agrees to pay, it has another 20 days to pay the wages due.”

“Senator Trump will allow employers to avoid paying a worker his wages for nearly a month a half before a suit can be filed.”

“But all this might still get worse,” Geffert said. “Senate Bill 35, which has been referred to the Judiciary Committee chaired by Senator Trump, would require a worker or consumer to go through an expensive mediation process before filing any lawsuit.”

“The person who has been cheated would be required to send a certified mail, return receipt requested demand for mediation. The demand would have to tell bad business the ‘specific nature’ of the claim, and tell the bad business that it has 20 days from receipt of the notice to respond. Then another ten working days are allowed to agree on a mediator.  Mediation can be delayed up to 90 days. Then each side must pay half of what the mediator charges, and mediators are not cheap.”

“Only if mediation fails, or the bad business just does not respond, can a lawsuit be brought. While SB 35 says this is meant to encourage voluntary resolution of disputes, its real intent is clear – to make it more difficult and expensive to sue bad businesses who have refused to pay wages or who have ripped off consumers.”

Geffert says that in his forty years of representing workers and consumers “I have found that when honest employers or honest business people make a mistake, they quickly correct it without litigation or mediation.”

“Sometimes, there are good faith disputes which lead to litigation. Almost all of those settle, many of them through voluntary or court-ordered mediation conducted after each side has had an opportunity to learn the other sides position through processes governed my court rules.”

“For honest employers and business people, the changes in law which Senator Trump has enacted or proposed do nothing, except add delay and expense.”

“But my forty years of work have also taught me that there is a class of employers who will do most anything, and pay lawyers almost any amount, to avoid paying their workers minimal wages or to continue a dishonest business practice. This is especially so if the workers or consumers have dark skin or are female. The changes in law which Senator Trump has supported give significant cover to these bad actors by putting significant roadblocks between the injured individual and what used to be considered a nearly sacred right to a trial by jury.”

Garry Geffert has a question for Senator Trump and his allies – Why do they want to protect the worst kinds of employers and businesses?

Senator Trump did not return calls seeking comment for this article.