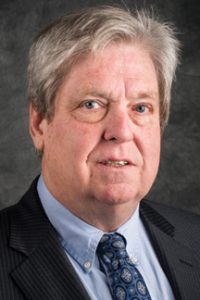 Or at least that’s the take of State Senator Michael Woelfel (D-Cabell).

A U.S. Chamber of Commerce backed bill (SB 341) to create an Intermediate Court of Appeals is moving through the Senate Judiciary Committee this week.

The Chamber wants the bill passed into law because it would delay verdicts against major corporations.

Under the current version of the bill, the Governor would appoint all six Intermediate Court of Appeals judges.

The six judges would be appointed for a term of ten years.

Woelfel, who opposes the Chamber backed bill, offered an amendment that would let the people of West Virginia vote on a ballot measure in November to decide the question of whether the judges of the Intermediate Court would be appointed by the Governor or elected by the people. Currently, all Circuit Court and Supreme Court judges in West Virginia are elected.

But it was clear from the debate that the Chamber and Republicans on the Judiciary Committee want to give Governor Justice the power to pack the newly created court.

For example, when Senator Michael Romano (D-Harrison) said the goal was “a balanced, fair court,” Senator Michael Azinger (R-Wood) shot back – “a strict constructionist court is the goal.”

“I can’t really believe we have that little confidence in the people of our state,” Woelfel responded.

“No wonder our state suffers from such low self esteem,” Woelfel said. “We are sitting here saying they are not smart enough to figure out who should be on their appellate court. That’s outrageous.”

“When we start saying that we don’t trust the people of our state to make the right decisions for an appellate judge, we are heading toward an oligarchy. It’s going to be the biggest contributors. You don’t think people are going to look at who contributed and who can help you in the next election if you are the chief executive?”

“Why do we have a partisan Governor appointing non partisan judges?” Woelfel asked.

“I think the gentleman from Cabell is grossly misstating what it is we are voting on at this point in time – whether it’s the amendment or belittling the people of West Virginia,” Weld said.

Woelfel’s amendment went down to defeat 10 to 5.