John Overington Out Tom Bibby In Race for House of Delegates

The longest serving member of the House of Delegates is stepping down. 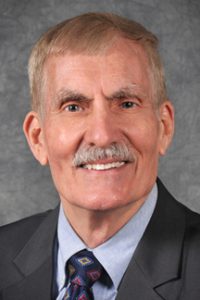 John Overington (R-Berkeley), who has served in the House since 1984, announced this morning on Talk Radio WRNR that he will not be running for re-election.

“It’s been an honor to represent my constituents over the last 34 years,” Overington said.  “It’s time for me to retire. There are other things I would like to do.”

“I’ve been pondering this decision since last fall,” Overington said. “I got to know Tom Bibby over the years. He’s a constitutional conservative that would represent the values of the 62nd delegate district.”

Overington said that at one time in the late 1980s, there were only 20 Republicans in the 100 member House.

“I will do all I can that see that he is elected to replace me,” Overington said.

Throughout his career, Overington has pushed for single member districts – and the legislature may pass it into law this year.

He has also sought unsuccessfully to bring the death penalty back to West Virginia.

According to the Death Penalty Information Center, 94 executions occurred between 1899, when executions were made a state responsibility, and 1959, the year of the last execution in West Virginia. All of those executed were men.