Single Payer Doctors Out Sanders for Watered Down Bill

Single payer activists say they will not support a proposed bill that Senator Bernie Sanders will introduce after Labor Day if the bill includes cost-sharing measures such as co-pays. 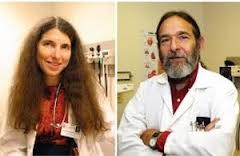 In a letter to Senator Sanders, Carol Paris, David Himmelstein and Steffie Woolhandler of Physicians for a National Health Program (PNHP) warn that PNHP “cannot endorse or wholeheartedly advocate for a reform that includes copayments for medically-necessary services.”

“While we would welcome the proposed reform as a useful step forward in advancing health justice, the persistence of copayments would unacceptably compromise the legislation’s ability to improve health and foster equality in care,” they write. “We urge you to reconsider the inclusion of copayments.”

The letter does not appear on the PNHP web site, but was sent to members, urging them to call Senator Sanders and tell him — “do not include copays in your single-payer bill, copays do not reduce administrative costs and — copays discourage patients from seeking medically-necessary care.” 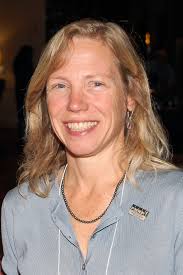 “While your staff has not shared with us the details of the current draft, we understand from colleagues in other single-payer advocacy groups that it mandates copayments for medical services for most Americans and proposes a four-year delay before the implementation of the single-payer reform,” the doctors write. “We also understand that during the four year phase-in period, the bill would make available a public option, and provide some upgrades to and expansion of Medicare coverage.”

The doctors cited a number of studies showing that “copayments undermine the goal of eliminating financial barriers to care, a goal that is at the heart of our single-payer advocacy.”

“Retaining copayments would substantially diminish the administrative savings achievable through a single-payer reform. In order to implement copayments, the single payer insurer would need to track individuals’ changing incomes, family status — to calculate their income relative to the poverty level — and their copayments to date — to ascertain whether they’ve exceeded the out-of-pocket cap — and make that information available in real time to every hospital, clinic, lab and doctor’s office in the U.S. Providers would need to collect the copays, and bill patients unable to pay at the time of a visit.”
As for the four year delay in implementation of the Sanders plan, the doctors warned “against the proposed prolonged transition, although our objections to that aspect of the bill reflect practical concerns rather than medical ones.” 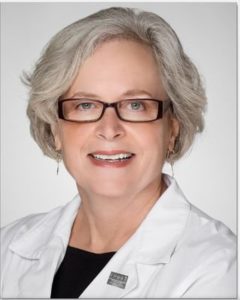 “Most of the administrative savings come only with the implementation of the full single-payer reform, while the proposed benefit improvements and incremental expansions of Medicare would incur substantial added costs,” they wrote. “Similarly, the proposed public option would likely turn into a de facto high-risk pool, raising costs. Hence medical costs during the transition years are likely to be even higher than would be the case without reform, and certainly higher than under the fully-implemented single-payer structure.”

“Claims that the Department of Health and Human Services would need many years to design and implement the rules and regulations for the single payer ignores the fact that Medicare was implemented less than one year after it was passed, a humane and politically wise step that foreclosed political attacks that might have reversed the program before it could be implemented.”

The Health Over Profit steering committee, which includes PNHP President Dr. Carol Paris, said the Sanders bill is not a single payer bill, but a multi-payer bill.

“Recent reports are that Sanders’ bill falls far short of HR 676 in fundamental ways. In fact, Sanders’ bill is a multi-payer system not a single payer system,” said Dr. Margaret Flowers of Health Over Profit. “His bill reportedly would allow private insurers to compete with the public system, allow the wealthy to buy their way out of the public system and allow investor-owned health facilities to continue to profit while providing more expensive and lower quality health care.”

“As a leader in the Democratic Party in the Senate, Sanders is trying to walk the line between listening to the concerns of his constituency, which overwhelmingly favors single payer health care, and protecting his fellow Democrats, whose campaigns are financed by the medical industrial complex. Sanders needs to side with the movement not those who profit from overly expensive US health care.”

“We understand that your legislation will allow employers to continue to provide employee health insurance that duplicates what the national health insurance covers to avoid conflict with the Employee Retirement and Income Security Act (ERISA),” the Health Over Profit activists wrote. “We urge you to include a carve out of ERISA for national health insurance so that the new system is a single payer system. Without doing so, your bill will be a multi-payer system. This is required to achieve administrative simplicity and significant cost savings. HR 676 allows private insurance that does not duplicate the benefits of the system. Employers and unions would be able to provide extra benefits beyond what the system covers.”

“We understand that your legislation will allow health providers to opt out of the national health insurance system. This would create a parallel health system for the wealthy and undermine the quality of the public system. Universal systems are of higher quality than tiered systems because they create a social solidarity in which everyone has an interest in making the system the best it can be. We urge you to reject a tiered healthcare system as healthcare is a human right and should not be based on wealth.”