Cookman and Trump to Debate Sunday in Romney 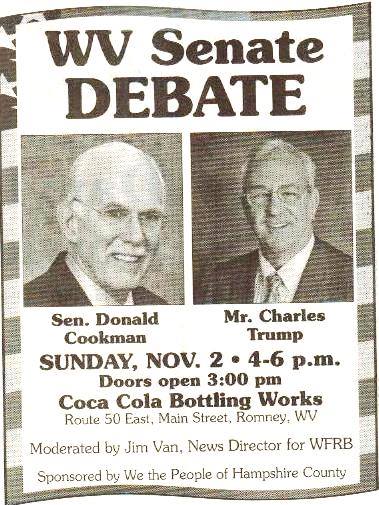 The debate is being sponsored by the Hampshire County Tea Party and will be held at the Coca Cola Bottling Works in Romney.

The debate will be moderated by Jim Van, news director of radio station WFRB.

Cookman and Trump are locked in a tight race for a West Virginia Senate seat representing Berkeley, Morgan, Hamsphire and Mineral counties.

The contest has been marked by negative campaigning.

Last week, at a candidates forum in Berkeley Springs, Cookman leafed through a pile of negative direct mail ads attacking him and the Democrats — the ads coming from both the Trump campaign and from outside third party groups.

On the stump, Trump has praised Cookman as a dedicated public servant. But in the mail box, third party groups have attacked Cookman directly and mercilessly.

At the Berkeley Springs event, Cookman was especially agitated by a mailer put out by the National Association of Gun Rights. 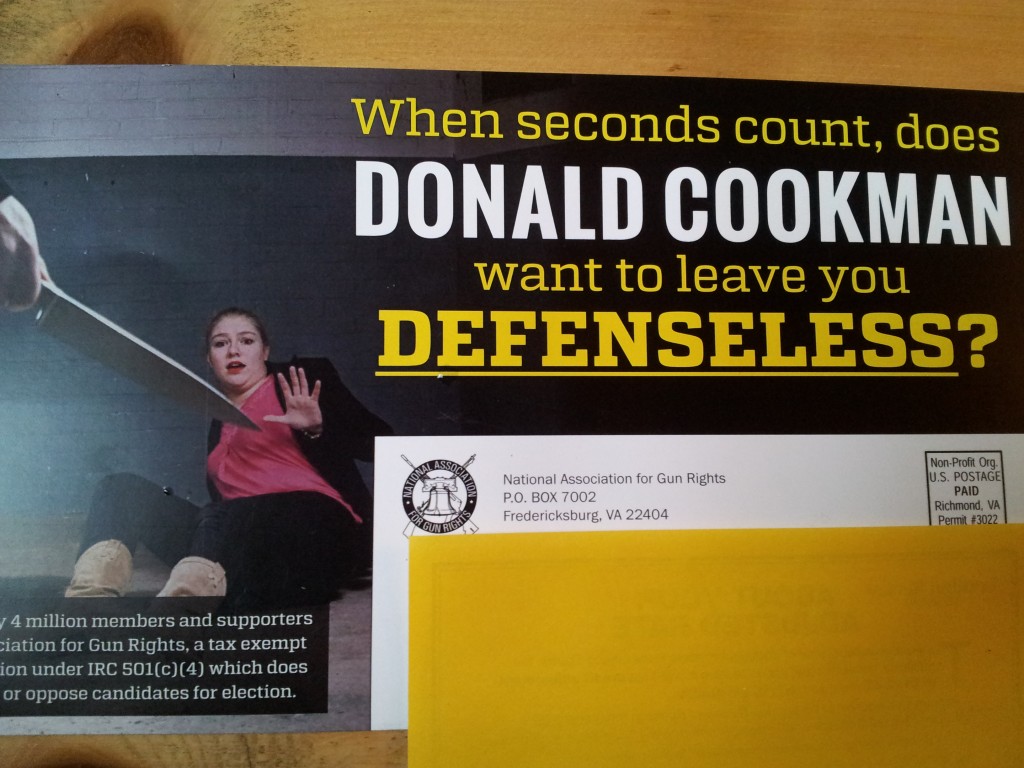 One side showed a woman on the ground, being threatened by a man wielding a knife.

“When seconds count, does Donald Cookman want to leave you defenseless?” the ad asks.

On on the other side, the ad asks — “Does Donald Cookman think you should be left vulnerable to armed thugs and rapists?”

Cookman has been endorsed by the National Rifle Association.