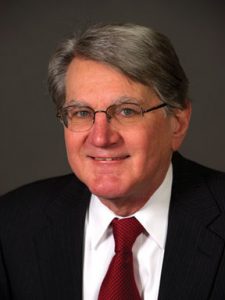 The lawsuit claims that the Rockwool PILOT is an unfair and unlawful tax avoidance scheme that is forbidden by the West Virginia Constitution.

Professor Bastress has litigated and lectured extensively in the field of West Virginia constitutional law, and is the author of the definitive legal interpretation The West Virginia Constitution, (Oxford University Press, 1995).

The Rockwool PILOL agreement requires the Jefferson County government (the “JCDA”) to take full ownership of the Rockwool plant once it is built.

Then the county government “leases” the factory back to Rockwool.

As a result, instead of paying taxes, Rockwool makes a handful of much smaller lease payments to the government. These payments in lieu of taxes allow Rockwool to avoid paying its fair share of taxes. After 2029, ownership of Rockwool’s plant would revert back to the company for a nominal amount.

Jefferson County Vision argued that “when Rockwool pays far less to the government than other Jefferson County property owners, that is unfair and unjust, because all other taxpayers are bearing a higher proportion of the overall tax burden.”

The group argued that the West Virginia Constitution explicitly protects the rights of all taxpayers from this type of unfair and unequal taxation.

“The state of West Virginia was born under the motto ‘Mountaineers are Always Free’ and our state constitution enshrines those values in its bill of rights and in provisions protecting citizens from unequal taxation,” said Jefferson County Vision Board member Amanda Foxx.

“On one side stands every Jefferson County business, car owner, and property owner, who are paying our lawful share of county property and personal property taxes to fund schools and local government,” Foxx said. “On the other side is Rockwool, which conspired with local government to pay nothing at all for many years. In other years, Rockwool pays at a tiny fraction of the rate every other business and citizen pays.”

“Today Jefferson County Vision is going to court to protect our community’s rights under the West Virginia Constitution. We are all equal before the law. Rockwool must pay its fair share of taxes, just like the rest of us.”