Charles Town resident Danny Lutz will appear on the November ballot on the Mountain Party slate and will face off against Republican Congressman Alex Mooney and Democratic candidate Talley Sergent. 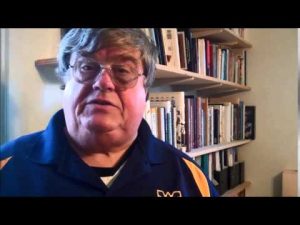 Lutz said that he solicited one dollar from about 1700 constituents over the past couple of months to cover the $1700 filing fee which he delivered to the Secretary of State’s office in Charleston yesterday.

Lutz said he wants to office his friends and neighbors “a choice, not an echo” in Washington.

Lutz said that he will hold at least one public town hall meeting per month on the district, appoint a chief of staff who actually comes from the Second West Virginia Congressional District and not from Frederick County, Maryland and begin work to prepare the Second District and West Virginia for the influx of people who will be coming in the next five to ten years.

Lutz favors a single payer National Health Care for all Americans, similar to that advanced by Senator Bernie Sanders, with a mechanism to pay the costs.

He would preserve the water resources of West Virginia, assuring that clean, safe, potable water for ourselves, the District of Columbia and parts of twelve other states, advocate for an accelerated program to safely develop the rare earth elements available in West Virginia and promote and preserve the immense Appalachian biodiversity of the Second District and West Virginia.

Lutz is an elected member of the Eastern Panhandle Conservation District.