It’s clear now that Delegate Mike Folk (R-Berkeley) is the driving force behind the lawsuit filed yesterday in the Supreme Court against candidate Tally Reed. 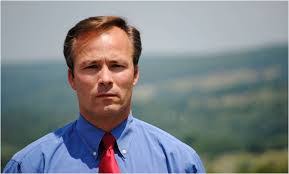 The lawsuit alleges that Reed doesn’t live in the 59th House of Delegates district that she seeks to represent.

Folk will be on the ballot in November in the race against Senate Minority Leader John Unger (D-Berkeley).

Folk took to the airwaves today to detail the case against Reed.

But toward the end of the interview with Rob Mario and David Welch on WRNR’s Eastern Panhandle Talk, Folk let loose on House Majority Leader Daryl Cowles (R-Morgan).

“It is unconscionable that someone through power, who lives in Morgan County, who happens to be the Majority Leader, can have such audacity to think that he can get away with this,” Folk said.

“You are pinning that on Daryl Cowles?” Mario asked.

“This speaks to me to a fairly serious rift in the Eastern Panhandle between two groups of Republicans,” Welch said.

“I make no bones about it,” Folk said. “There is a rift in the Republican caucus in the legislature. When we took control, I told Speaker Tim Armstead (R-Kanawha) if you choose that man (Cowles) to the leadership, you will have a problem in the future. And look where we are at today. Daryl Cowles –  if he has any aspirations to being Speaker – he will never be Speaker if I have anything to do with it.”

“I can’t stand dishonesty,” Folk said. “If you see something say something.”

“That kind of rhetoric doesn’t seem to be the kind of rhetoric that will win you friends in your own party and I wonder if that weakens you in the general election against John Unger,” Welch said.

“I am concerned about only one thing in the general election,” Folk responded. “And that is the constituents that I will represent if I am elected. The party power people do not elect people.”

“George Washington warned many years ago that political parties could be the downfall of this country,” Folk said. “I believe he’s right. We are at a precipice in this local area, this state, this country. People need to start voting for people and not parties. Principle over politics. I will live with a clear conscience. I don’t need the party to win. I need people to win – the voters.”