Patricia Brooks sent correspondence to Social Security on November 21, just four days before her body and two others were found on property New Hope Road in Berkeley Springs, West Virginia. 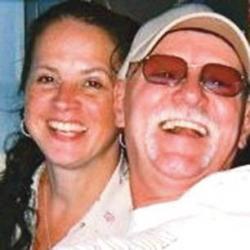 Patricia Brooks, 53, was found in a parked car on the property dead with a gunshot wound to the chest.

Two other bodies found in the burned out house on the property are presumed to be Patricia’s husband Carroll Brooks, 73, and Carl Brooks, 33.

Enforcement authorities are investigating the case as a homicide and arson case.

Patricia Brooks also mailed two envelopes to herself that were returned to the local post office and recovered by a search warrant, Sheriff Bohrer said.

“Post mortem examinations determined that at least one of the two deceased persons in the fire had a bullet recovered from their body,” the Sheriff said in a statement.“The investigation is not yet complete but this new information supports theories that no other person was involved in these deaths.”