Congressman Alex Mooney is the former chair of the Republican Party in Maryland. But now he’s a congressman from the second Congressional district of West Virginia. 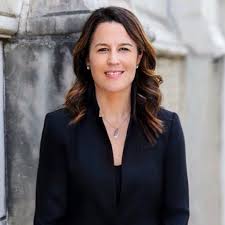 How did that happen? In 2014, Mooney saw that he wasn’t going to win anything in Maryland, so he crossed the bridge over the Potomac River and came on over to West Virginia.

Mooney should have been — and in 2018 should be — easily defeated. Mooney puts the interests of powerful out of state corporations over the interests of the people of his district. He is hardly ever seen in the district. (Instead, he does phone call town hall meetings.) 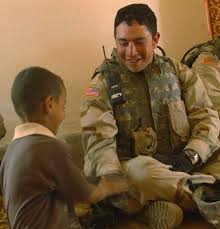 Strike three and he should be out.

But he keeps winning.

Take for example the two declared Democratic candidates for the Mooney seat.

One is Talley Sergent. She’s a former public relations executive at Coca-Cola.

The other is Aaron Scheinberg. He has been endorsed by Congressman Seth Moulton of the New Democrat Coalition, a group that raises funds from Big Business and is seeking to move the Democratic Party to the right.

Both Sergent and Scheinberg refuse to take economic positions that would rile big business. 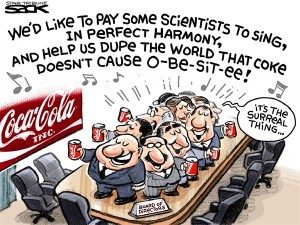 Both, for example, have refused to back the West Virginia Democratic Party platform’s call for a single payer, Medicare for All plan along the lines of HR 676.

HR 676 currently has 120 co-sponsors in the House of Representatives — none from West Virginia.

When asked about this, Scheinberg spokesperson Elizabeth Gale said that “Aaron believes that we have a duty to each other to ensure that all West Virginians have access to comprehensive health care.”

“As a veteran, Aaron is lucky to receive reliable, affordable health care through the VA,” Gale said. “He believes no one should to have to worry about losing or being denied health insurance. That will be a major focus of his agenda if he is elected. As far as commenting on specific bills, Aaron will wait until he can participate in the debate within Congress.”

But Margaret Flowers of Health Over Profit, said that the phrase “access to health care” is used by politicians across the spectrum to dodge the issue of single payer.

“Politicians will say that people have access to health care right now under the current system, it’s just that some people can’t afford it,” Flowers said. “Will Democrats say that a public option gives access to health care? The policies matter and candidates need to show that they understand what policies will solve the crises we face.”

“It is an unwillingness to take strong stances that is one of the reasons Democrats are doing so poorly. The majority of Democratic voters support single payer health care and it is a proven policy, so there is nothing controversial about supporting it. Voters are looking for candidates with the courage to take positions.”

The message of the network? Exercise more and worry about calories less. Take the focus off of sugary drinks like Coke and put the focus on the couch potato behind the straw.

In August 2015, the New York Times exposed Coke’s front group in an article titled — Coca-Cola Funds Scientists Who Shift Blame for Obesity Away From Bad Diets.

The Times reported that Coca-Cola spent $1.5 million to start the organization.

“Health experts say this message [exercise more important than diet] is misleading and part of an effort by Coke to deflect criticism about the role sugary drinks have played in the spread of obesity and Type 2 diabetes,” the Times reported. “They contend that the company is using the new group to convince the public that physical activity can offset a bad diet despite evidence that exercise has only minimal impact on weight compared with what people consume.”

“This clash over the science of obesity comes in a period of rising efforts to tax sugary drinks, remove them from schools and stop companies from marketing them to children. In the last two decades, consumption of full-calorie sodas by the average American has dropped by 25 percent.”

“Coca-Cola’s sales are slipping, and there’s this huge political and public backlash against soda, with every major city trying to do something to curb consumption,” Michele Simon, a public health lawyer, told the Times. “This is a direct response to the ways that the company is losing. They’re desperate to stop the bleeding.”

One internal Coca-Cola email shows the head of Coke’s public relations department — Clyde Tuggle — reporting that “Talley has been leading some of our health and wellness work” and that “I’d like her to be my right hand and a core part of the team on this work going forward” — referring to the Global Energy Balance Network.

Gary Ruskin of the public interest group US Right to Know, which helped expose Global Energy Balance Network and make public the internal Coca-Cola emails, said that “Talley Sergent is perhaps the least qualified person in West Virginia to serve in Congress.”

“As a Coke public relations executive, Sergent helped perpetrate a deceit so egregious that it was exploded on the front page of the New York Times. She was a Coke handler for one of its front groups, the Global Energy Balance Network, and their efforts to snooker consumers and public health leaders, and to shield Coke from accountability for its role in helping to create the global obesity epidemic.”

“Now she wants to represent West Virginia in Congress. There is already enough deceit in Congress without her.”

“Coke’s role in West Virginia has been especially destructive of late. The state is suffering from some of the worst levels of obesity in the nation. In a notable insult to public health, the founding dean of the West Virginia University School of Public Health was a key Coke ally and a leader in Coke’s Global Energy Balance Network debacle. Gregory Hand left the deanship following the avalanche of negative news coverage about his role in the Coke deceit.  And now comes Talley Sergent.”

Sergent now says it was a mistake for Coca-Cola to fund the Global Energy Balance Network and that after the Times article ran, she helped move Coca Cola into a new, more transparent direction.

In response to an inquiry,  Sergent, a native of Huntington, West Virginia defended her work at Coca-Cola and took a barely veiled shot at Ruskin (based in Oakland, California), Scheinberg (who is originally from Cherry Hill, New Jersey) and Mooney (the former chair of the Republican Party in Maryland) as “outsiders.”

And Coca-Cola isn’t an outsider doing tremendous harm to the state?

“Isn’t West Virginia number one in obesity in the country?” Sergent was asked.

(Actually, according to a recent listing, West Virginia is number one — with a 37.7 percent obesity rate, with Mississippi coming in second with a 37.3 obesity rate.)

“Outsiders think they know voters here in West Virginia – shoot – we have folks from outside the state moving here just to run,” Sergent said. “But, like most West Virginians, I don’t take cues from special interests or outsiders, just the special people of my home state.”

“On my watch, the Coca-Cola Company transformed its approach to public health, owning up to its mistakes, becoming more transparent with its consumers and starting an open dialogue with the public health community. It wasn’t easy work but it was the right thing to do.”

“Now, I’m taking the same approach to Congress. We need a congresswoman who will take tough obstacles like health care head on, beginning with protecting and improving the Affordable Care Act, which will help break the cycle of opioid addiction, improve lives with preventive care and coverage for pre-existing conditions and encourage every West Virginian to live their best life. West Virginia needs a congresswoman who will stand up for the people and who welcomes an open dialogue with every West Virginian, no matter what. As congresswoman, I’ll do just that.”

But Sergent refused to commit to a public health campaign against sugary drinks or to a single payer, Medicare for All health program.

Some West Virginians aren’t giving up on Sergent or Scheinberg.

West Virginians Cathy Kunkel, Sally Roberts Wilson, and Lynn Moses Yellott, who are active members of grassroots organizations in the state advocating improved Medicare for All, have spoken with both Sergent and Scheinberg.

“We will continue to educate and push these candidates to support a single-payer Medicare for All system as the only real way to fix our broken healthcare system,” Kunkel, Wilson and Yellott said in a statement. “HR 676 is the only solution put forth that will enable the country to afford comprehensive care for everyone. We urge candidates to ask voters the question — ‘Since under expanded and improved Medicare for all, more than 95% of you will pay less through a fair tax than you now pay for premiums, co-pays, and deductibles, are you willing to convert the money you now pay for health insurance and out of pocket expenses to a fair tax so all in our country can have needed care?’ The grassroots will continue to educate and to push candidates to support National Improved Medicare for All.”

In addition to working for Coca-Cola, Sergent was the West Virginia director for Hillary Clinton’s 2016 campaign for President.

And unfortunately for the people of the second Congressional district, Sergent and Scheinberg appear to be playing by the same Clinton corporate playbook that brought us President Trump — and that will re-elect Congressman Mooney.