A new Western feature film –  Bill Tilghman and the Outlaws – will begin filming in Berkeley Springs, West Virginia next week. 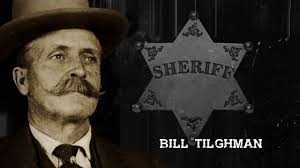 The film will be shot, in part, at the farm of Paul and Marge Bowers in Berkeley Springs, West Virginia, where the crew has built the fictional Oklahoma town of Ft. Bowers.

On hand to launch the production will be veteran actor Johnny Crawford, best remembered for his role of Mark McCain on the long-running series The Rifleman.

Crawford will be playing silent western hero William S. Hart who, at the request of film producer William Selig, makes an appearance in Fort Bowers to inspire the cast and crew of a new moving picture to shoot on location there.

Written by Dan Searles, the story begins when, in 1914, Hollywood producer Selig approaches legendary lawman Bill Tilghman to star in a moving picture about the Old West.

The producer is convinced that audiences back East will flock to theaters knowing that they will see the actual people who helped tame the West.

To enhance his concept, he also wants to include some of the real outlaws, many of whom are still in prison.

If he can secure the temporary release of the likes of Cole Younger, Selig knows he will have a hit.

With the help of a reluctant Tilghman, Selig ends up with a handful of notorious outlaws for his picture.

Even though they are under heavy guard, several of the aging outlaws hatch a plan to turn the tables on the law in hopes that they will be forever remembered for foiling the law one last time.

As the story plays out, the two very different worlds of Hollywood and the Old West clash, often with amusing consequences.

Bill Tilghman and the Outlaws will be shot at the One-Eyed Horse Productions studio in Finksburg, Maryland and on the Bowers farm.