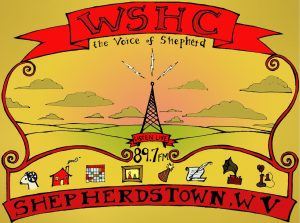 Winners and Losers founder John Case said Dow Benedict, Shepherd Dean of the College of Arts and Humanities, told Case that the school could not tolerate the show’s “partisan political programming.”

“There is no disguising the political cowardice evident in Shepherd’s caving to extreme right wing threats and intimidation,” Case said. “The Winners and Losers Radio Program violated no law or statute. Every communication from Alan Perdue, the general counsel of Shepherd, to me affirmed that.” 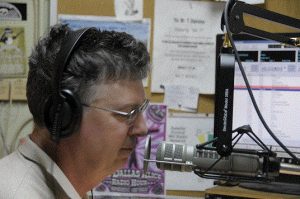 When asked about the extreme right wing threats and intimidation,  Case said that Dean Benedict indicated that to him in conversations over the past nine months.

Winners and Losers was in its tenth year on WSHC, broadcasting five days a week for two and a half hours a day Monday through Friday – with about an hour and a half of that every day being mostly political talk.

“It was an attempt to define something called progressive radio,” Case said. “I don’t think I ever called it that, I just tried to do it.”

Case said that the dispute over “partisan political programming” was only the most recent flare up in a series of WSHC retreats “from a mission of student-community programming to just student programming.”

Case said that after he received notice that Winners and Losers was being cancelled, he immediately “put up an internet station online and was broadcasting from my home in Harper’s Ferry all of last week.”

“Though still broadcasting a limited agenda, we have not missed a single day,” Case said.

“At our foundation meeting last Thursday, we broadened out beyond Shepherd and established the Eastern Panhandle Independent Community Radio,” Case said. “We are taking up 116 German Street lodgings above the Four Seasons Bookstore – our new studio. And a perfect location with our long time friends, sponsors and underwriters, Mike and Ruth Raubertas. All the community programming that was discouraged at Shepherd University is now possible.”

(After this story was originally posted, Shepherd University spokesperson Valerie Owens wrote: “WSHC is a student-run station and is advised by the Department of Mass Communications. The station has implemented programming changes, and the program you inquired about no longer fits in the new plan.”)