West Virginia Republicans have introduced legislation — SB 541 — that would remove all limits on contributions to candidates running for office in West Virginia.

The legislation would also repeal the state ban on corporate contributions. 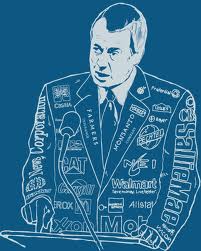 Under current law, individual contribution limits are $1,000 per candidate.

Corporations are prohibited from giving directly to candidates.

Under SB 541, both individuals and corporations can give unlimited amounts to candidates.

One of the sponsors of the bill is Senator Craig Blair (R-Berkeley).

The bill was taken up tonight by the West Virginia Senate Judiciary Committee, chaired by Senator Charles Trump (R-Morgan).

During the Senate Judiciary Committee hearing, a number of Democratic Senators expressed disbelief that the Republicans would propose such legislation.

Senator Mike Woelfel (D-Cabell) said that, under the bill, any Chinese corporation could give unlimited amounts to West Virginia candidates.

“I feel like I’m in a parallel universe,” Woelfel said. “This bill would allow foreign corporations to contribute unlimited amounts to our candidates.”

“I guess I’m operating in a state of shock here,” Senator Ronald Miller (D-Greenbrier) said.  “The maximum I could receive from a corporation would be the sky.”

“Under this legislation, we can take $100,000 from a foreign corporation,” Miller said. “Somewhere we need in this bill a piece of legislation requiring us to wear patches indicating who owns us — whether we are owned by General Motors or by whoever put the money in. I can’t believe we are even thinking about doing this. Any corporation could give me any amount of money in an election.”

West Virginia would join just four other states that allow corporations to give unlimited amounts to candidates for election.

Shortly after 8 pm, the Judiciary Committee hearing was adjourned. No vote was taken on the bill.