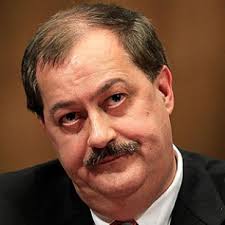 The news organizations are being represented by Charleston attorney Sean McGinley.

Judge Berger’s gag order sealed all prior and future filings and prohibited actual and alleged victims, their relatives and others – as well as trial participants and counsel, from saying anything or releasing any documents “regarding the facts or substance of this case.”

The news organizations argue that “there has been no showing that all speech about the facts or substance of the case,” or that all court filings “pose a sufficient threat of harm to a fair trial interest that justify the gag and sealing order.”

Even if Judge Berger were to find this case is one of those “relatively rare” cases in which there is sufficient proof of a prejudicial effect to a fair trial caused by news accounts, “before mandating secrecy regarding this case, the Court must consider alternatives, including even a change of venue, that would protect the defendant’s right to a fair trial without infringing on the (news organizations’) constitutional and common law rights of access.”

The motion to overturn the gag order quotes a Sixth Circuit decision that reversed a similarly restrictive order. “A more restrictive ban upon freedom of expression in the trial context would be difficult if not impossible to find,” the Sixth Circuit ruled in CBS Inc. v Young (1975).

Berger’s gag and sealing order was entered quickly, within 24 hours of the issuance of the indictment.

The news organizations argue that “the gag order applies like a blanket covering all statements and documents that may have anything to do with the facts or substance of the case, and is not tailored to apply only to statements or documents specifically identified as being sufficiently prejudicial to defendant’s right to a fair trial.”

“Likewise, the sealing order applies like a blanket shielding all filings regardless of their content, and regardless of whether the public access to a particular document, pleading or order is sufficiently prejudicial to defendant’s right to a fair trial.”

The news organizations argue that “in its application, the gag and sealing order is vague and applies to unspecified individuals – by designating all ‘family members of victims’ or ‘alleged victims,’ there is no way of knowing precisely to whom it applies (or why).”

“For example, does a family member include a first or second cousin?” the motion asks.“And the order does not identify who qualifies as an ‘alleged victim’ – it could be read to include both the victims of the Upper Big Branch tragedy who suffered death or physical injuries as well as alleged victims of the conduct related to the Securities and Exchange Commission charges, which may include all owners of Massey common stock.”