What separates us from the lynch mob? From those who take the law into their own hands?

It’s called taxes. (“Taxes are the price we pay to live in a civilized society,” Supreme Court Justice Oliver Wendell Holmes said in 1904.) 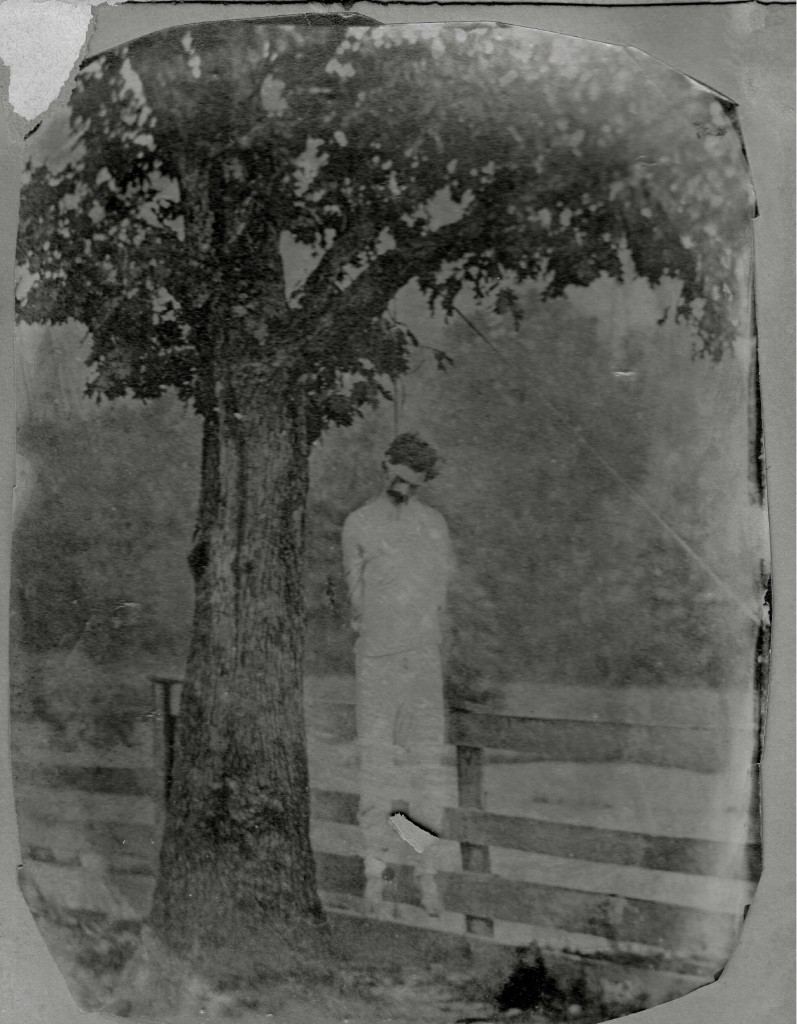 How sure are we that we won’t again descend into mob rule?

Even though there is only one known example of a lynching in Morgan County, it’s a chilling example that sheds light on how quickly the mob can overpower the law.

The story is told by John Douglas, the recently retired editor of the Morgan Messenger, in his new book A Fog of Ghosts — Haunted Tales and Odd Pieces (Blind Spring Press, 2014.)

Dr. Samuel Crawford was lynched in Berkeley Springs in August 1876. (He called himself a “doctor,” but apparently wasn’t.)

Crawford was accused of horse thievery, carrying concealed weapons and shooting at a police officer.

But there was one other thing.

“With the gentler sex, he was always popular, and he became involved in more liaisons than will probably ever be known, the last if rumor be true, leading to his hideous death,” the Cumberland News reported.

The lynching made national news. The Augusta (Georgia) Chronicle reported: “It was also said of him that he had demoralized at least a dozen young girls of the neighborhood.”

On August 22, 1876, Crawford was sitting in the Morgan County jail, arrested on a charge of poisoning one of his “patients” — William Johnson

At midnight, a group of 25 masked men, approached the jail, held up the guards, and grabbed Crawford.

“They tied his hands behind his back, dropped a noose around his neck, and dragged him from the jail in his night clothes,” Douglas reports.

“Just before he was hanged, Crawford proclaimed his innocence, but the mob didn’t want to hear his side,” Douglas writes. “Mob justice had long since delivered a clear verdict — not only had Crawford killed Johnson, but he had debauched many a young girl, shot his brother-in-law and likely been involved in a horse stealing ring, no matter what the courts had decided.”

A photographer had taken a picture of the hanging Crawford.

S.S. Buzzerd, the founder of the Messenger, wrote about the case in the paper in 1958, and ended his article with this:

“May there never be another lynching, here or elsewhere.”

In A Fog of Ghosts, Douglas presents more than twenty local stories that, like the Crawford lynching, toggle between the supernatural and the real. They will make you think — did that happen? How did that happen? Can it happen again?