The West Virginia Public Service Commission will hold a on the proposed Eastern Panhandle pipeline October 24, 2018 at 6:30 pm. 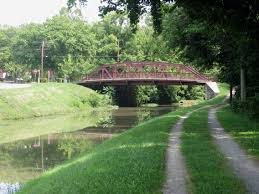 The hearing will be held at the Storer Ballroom, 3rd floor of the Student Center at Shepherd
University 201 N. King Street, Shepherdstown, West Virginia.

There will be a rally against the pipeline beginning at 5 pm.

“In order to get this hearing held here, citizens had to send comments to the Public Service Commission, otherwise the hearing would have taken place in Charleston, making it inaccessible to local residents,” said Tracy Cannon of Eastern Panhandle Protectors. “More than 400 residents contacted the Public Service Commission asking for a local hearing.”

“This is a chance for members of the community to let their voices be heard about the extension of the Mountaineer Gas Pipeline into Jefferson County,” Cannon said. “This pipeline would serve only one customer that we know of in Jefferson County – the highly polluting Rockwool insulation factory. Let’s not let them go any further with their poison pipeline. Show up and let your opinion about this pipeline be known.”

Mountaineer Gas has proposed to invest $119.8 million for infrastructure replacements and system upgrades from 2019 through 2023, including approximately $16.5 million for ongoing investments to the pipeline in Morgan, Berkeley and Jefferson Counties. The company also has requested a rate increase to be effective on January 1, 2019.

Cannon is also circulating a petition calling on the National Park Service to block the project.

“The pipeline that has caused so much destruction in the Eastern Panhandle comes from Maryland and crosses the property of the C&O Canal Park and the Bike Path near Hancock,” Cannon said. “The National Park Service still has to give permission for the pipeline company, Columbia Gas, to go through its property.”

“We are petitioning Kevin Brandt, the Park Superintendent, to ask him to deny the permit. If this part of the pipeline is not permitted, there will be no source of gas for the pipeline in the Eastern Panhandle.”