The race for Morgan County Commissioner is on. 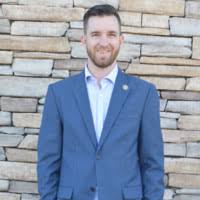 On the contentious issue of the Mountaineer Gas pipeline that is cutting through the county, Forney and Schultz have staked out similar positions.

Schultz says she’s not opposed to natural gas pipelines coming into the county, but she doesn’t like the way it was done.

Forney says he favors gas coming to the county, but he doesn’t like the way it was done. 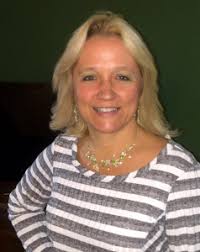 Neither Forney nor Schultz say up front — hey, the next disruptive technology is solar energy and we should abandon fossil fuels as quickly as possible — we should ride the solar wave of the future and make Morgan County the crown jewel of alternative energy revolution among the fifty-five counties in West Virginia.

A debate of sorts was triggered earlier this month when the Eastern Panhandle Protectors held a potluck and blessing of the land at the Kesecker family farm off Route 9.

The Kesecker farm has been in the forefront of the battle against the pipeline, with the Keseckers going to court to fight back against an eminent domain action.

According to Eastern Panhandle Protector’s Tracy Cannon,“sadly enough, the gas company has forced the Keseckers to allow the pipeline across the land they have farmed more than 50 years.”

Forney attended a meeting of Morgan County Indivisible on May 6 where he boasted about his involvement with the Marcellus Shale Coalition, the fracking industry’s lobbying group. Cannon attended that meeting.

“I heard Sean Forney say that it’s just a shame that there is so much gas in West Virginia that they can’t get it to market because there are just not enough pipelines in this state,” Cannon said during her speech at the Kesecker potluck.

“Forney told us that he is on the Marcellus Shale Council,” Cannon said.

“May want to fact check her speech,” Forney wrote. “Especially the part about me. What is the Marcellus Shale Council? Never heard of it. She may be referring to the Marcellus Shale Coalition that my employer while at CBIZ (a publicly traded company) was a member of and part of my employment was to attend the meetings. My mentioning of natural gas infrastructure was also more broad, my reference was our entire country, not just West Virginia.”

Forney later implied in another post to Facebook that he shouldn’t be judged as pro-fracking just because he was required as a condition of employment to attend Marcellus Shale Coalition meetings.

But at the Indivisible meeting May 6, Forney sounded like a natural gas fracking booster.

“I belonged to the Marcellus Shale Coalition,” Forney told the group. “I got to understand natural gas and fracking better than a lot of people. Every coalition meeting I went to, this is what they talked about at the coalition meetings — transportation — how do we get it from point A to point B. There is not enough pipeline to get it places. If you build the infrastructure, then we can move it, then we can get it to market and then we can sell it.”

Later in the presentation, Forney was asked to clarify his connection to the Marcellus Shale Coalition.

“I don’t belong to it personally,” Forney clarified. “I belong to it through my employer. We had a crude oil and natural gas business with my employer. I was in that program. As part of my employment, I would attend these meetings so I could better understand how that works.”

“I would just go to meetings so that I would have a better understanding of who my clients are,” Forney said. “My clients were not the drillers. My clients were the guys who would get paid $60,000 a year to go out and power wash their trucks when they would drive by. I was a natural gas ancillary services agent. I insured their businesses.”

In answering that question, Forney came off sounding like all of the corporate politicians in Washington — from Barack Obama to George Bush — we need all of the above — nuclear, natural gas, solar, coal.

“Since the dawn of time, there has not been one clean form of energy,” Forney said. “What are we doing for solar panels? We are clear cutting tens of thousands of acres. We need to mine the minerals to make the solar panels. There is no true form of clean energy. If you study the history of the world, we go through cycles.”

“Back in the day, the Egyptians used sun with mirrors. Everything happens in cycles and phases. And I believe that natural gas and coal are a cycle and phase in our existence. And we will continue to have better and cleaner alternatives, which I support. I’m all for reducing our carbon footprint. But I refuse to tell a business that I hate what you are doing because there is another clean form of energy. Right now, there might be a cleaner form. But there is no clean energy. You can find a flaw in every form of energy, unless it is directly powered by the sun by photosynthesis.”

In another Facebook post, in which he twice refers to eminent domain as imminent domain — imminent domain might more accurately describe the experience of property owners in Morgan County — Forney said that he worked on the Kesecker farm when he was younger.

“I’ve helped in that very field with them making hay, I’ve helped them pick potatoes in the fall, and I farm my property myself,” Forney wrote. “The fact that I’m pro-business doesn’t mean I agree with what transpired on their farm. You can also ask them that I was probably one of their first calls when this issue started. In business as with all things in life there is always a right way and a wrong way to do things”

He doesn’t say in what way he disagreed with what transpired on the Kesecker farm or what he would do differently. (Forney did not return messages seeking comment for this story.)

Stacy Schultz attended the potluck at the Kesecker farm. Schultz says that she is not opposed to natural gas pipelines coming into the county.

“Brad Close wrote a letter in support of the gas pipeline on behalf of the Commission,” Schultz said. “He gave the company a blanket support letter that says — come on in here and we are going to allow you to do whatever you want. We just want this pipeline through here not really protecting the citizens from the damage that was done.”

“I’ve been friends with Pat Kesecker since I was a kid. I was in Future Farmers of America with her kids and we used to play on the farm all the time. Just to give the gas company a blanket slate of approval to come on in here and do what they want with her farm — it was just wrong.”

“The Commission never held public meetings. They never got the landowners, the gas companies and the Commissioners in the same room to say — you are telling three different stories here. That’s unacceptable.”

“They gave an open support letter to the gas company without even protecting the citizens of this county and their property values,” Schultz said.

“It would have been handled totally different if I was in there.”

You would have allowed a gas pipeline cutting through Morgan County if it were done differently?

“It’s not that I’m totally against it,” Schultz said. “There is a need for gas lines. I’m not totally against the gas lines. But I am in favor of making sure our citizens are protected from companies who come in here and take their property. I don’t think they should have the right to do that.”

The gas companies have the right of eminent domain under the West Virginia Constitution don’t they? Would you change the Constitution?

“I’m not trying to change the Constitution, I’m trying to make people responsible,” Schultz said. “They have the right to take the property, but we don’t have to give them a full slate of approval. We can fight against those things. We don’t have to say — we are just going to allow you to come on in here and take advantage of our citizens. And you don’t get the right to come in and run amok.”