Manchin Mooney and the TransCanada Assault on West Virginia

TransCanada, a foreign multinational corporation, is about to launch an assault on West Virginia. 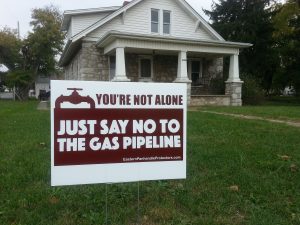 The assault comes in the form of a natural gas pipeline through which TransCanada wants to bring fracked gas from Pennsylvania, under the C&O Canal and the Potomac River and into the eastern panhandle of West Virginia.

None other than the state’s Congressional delegation, including Senator Joe Manchin (D) and Congressman Alex Mooney (R), both of whom have accepted political donations from TransCanada. 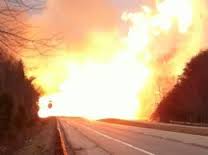 At a town hall meeting last week in Martinsburg, Senator Manchin was asked about the money he has taken from TransCanada.

Manchin said that money doesn’t affect how he votes or what positions he takes on issues.

But he has steadfastly run interference for the natural gas pipeline project in the eastern panhandle.

TransCanada is working through a number of subsidiaries in the United States which have a relatively poor track record of safety — including Columbia Gas Transmission.

Columbia Gas Transmission was the company involved in a spectacular gas explosion in Sissonville, West Virginia in December 2012 that melted parts of Interstate 77 and destroyed three houses.

Federal investigators found that the gas pipeline was corroded and hadn’t been inspected since 1988.

According to a report from the Pipeline and Hazardous Materials Safety Administration (PHMSA), Columbia Gas Transmission has had 21 significant incidents over the last ten years — six of them in the last five years.

A significant incident is one that results in loss of life, a trip to the hospital, more than $50,000 in property damage or a significant loss of fuel into the environment.