You could tell that West Virginia Governor Jim Justice, the state’s only billionaire, wasn’t going to take it from anyone. 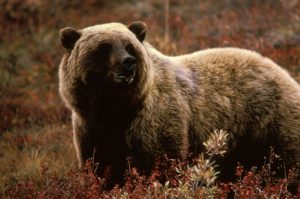 “You owe the State of West Virginia $4.4 million,” Sue said. “Don’t you think if you pay your back taxes that would help the deficit?”

“I appreciate your question,” Justice responded. “I walked away from my businesses and I have other people who are handling this. I want you to know just this — you don’t need to worry about me. Every single obligation and tax that I would owe in any way, shape or form or fashion, we’ll take care of it. Sue please understand this – we pay tens of millions of dollars in taxes and we have things from time to time that are disputes that we have to get ironed out. And that’s what the people are doing. But don’t worry about me. They will be paid.”

Just don’t worry about that Sue.

But when it comes to the billionaire class, it’s not just Sue in Weston who is beneath Governor Justice.

Hoppy Kercheval was interested in the tension between the Governor and the Republican leadership in the Senate – in particular Senate Majority Leader Ryan Ferns.

Ferns had been needling Justice on Twitter about not getting specific on the budget.

Then when Justice got specific – with a major tax increase – Ferns ripped him by retweeting Governor Norquist as saying “Jim Justice ran for West Virginia Governor promising to never raise taxes. He won. He just proposed the largest tax hike in West Virginia history.”

“Things have gotten chippy in the legislature,” Kercheval observed. “Some of it may have started when you called the lawmakers knuckleheads.”

“Word of advice to @WVGovernor when meeting w @WVGOPSenators: use rocketships, rainbows or unicorns and the conversation is over. Facts only.”

“And to be perfectly honest, it’s almost like a grizzly bear walking through the woods and a poodle walking behind him just barking and nipping and this kind of stuff – for nothing.”

“I hate to say that and forgive me for saying that. But that’s just how I feel. It’s pointless. It’s absolutely pointless to stand and throw a little mud and daggers at one another. We have a big time problem. We don’t need to be politicians looking for the next job or the next level and flaunting ourselves. We’ve got a big time problem and we’ve got to fix it. I don’t hear any solutions for fixing it. I got badgered for speaking in generalities and not coming with specifics. Well, who’s coming with specifics now? I’m the one coming with pathways and ideas.”

“You can’t imagine the people that come to me from Ryan Ferns’ own party and apologize to me for this ridiculous behavior,” Justice said. “Their own party is embarrassed by people throwing rocks and little ole nitpicking nothing.”

Ferns said he didn’t feel threatened by the Governor’s comment and called it an “empty threat.”

“I consider it an empty threat,” Ferns said. “Any time somebody resorts to threats, when somebody gets to that point, that’s a clear indication to me that they have run out of ideas.”

“That’s a last resort. People will lash out with threats. It’s an empty threat. I don’t feel threatened by the Governor.”

Is Ferns going to be able to work with the Governor now?

“The situation in West Virginia is too critical to let empty threats get in the way,” Ferns said.