The Martinsburg Journal ran an article today with the heading Pipelines to Infuse Local Economy. 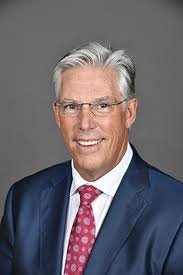 The article didn’t say infuse with what.

But it quoted a gushing Woody Thrasher, the new West Virginia Secretary of Commerce, as saying that “lack of natural gas service has been an impediment for decades for the Eastern Panhandle to attract businesses.”

“There will be a significant positive impact to the Eastern Panhandle,” Thrasher told the Journal.

The Journal’s readers were not told of Thrasher’s conflict — one of many recently documented in the Charleston Gazette.

The Thrasher Group’s conclusion in the 2015 feasibility study?

Yes — a gas pipeline is feasible for the Eastern Panhandle of West Virginia.

The Thrasher Group’s study presented no West option (over from Morgan County.)

The Thrasher Group recommended the South option “primarily because it is the only option available within the project time frame.”

Mountaineer Gas, a subsidiary of IGS Utilities in Tulsa, Oklahoma, is now seeking to acquire land for a pipeline that would cut across prime farmland in Morgan County over to Berkeley and Jefferson counties — the West option that the Thrasher Group didn’t mention in its $80,000 study.

A number of Morgan County farmers are saying no to IGS Mountaineer Gas land agents who in recent weeks have been upping their dollar offers for rights of way to cut through those properties.

Newly elected Morgan County Commissioner Ken Reed, a booster of the Mountaineer Gas pipeline proposal through Morgan County, has been reassuring local property owners that they will be able to tap into the natural gas pipeline on their property if their homes “are within 100 feet of the main pipeline.”

“My biggest fear is that the citizens of Morgan County would not be able to use the gas and it all gets shipped to Berkeley and Jefferson County,” Reed said.

But the Thrasher Group’s feasibility study makes it clear that “most existing homeowners whose homes used other energy sources besides natural gas – propane or electric – would likely not switch to natural gas even it was available.”

“The primary reason is that the cost to switch from one energy source to another and the related cost of retrofitting or replacing existing appliances would be prohibitive,” the study found. “Also, new infrastructure would need to be installed in existing neighborhoods, which is costly and time consuming.”

When asked whether he was worried about any complications with the pipeline, something that could potentially hurt a citizen of Morgan County, Reed gave a simple answer – “No.”

Given the controversy over the pipeline proposal, Morgan County resident Larry Schultz suggested on Facebook that Reed help to pull together a public meeting between representatives of Mountaineer Gas, landowners, local elected officials and the public.