Pritt is hovering around ten percent in statewide polls for Governor.

But she’s not getting the support from major labor groups, citizen groups, or pro-choice groups in the state.

When Pritt left the legislature in 1996, she had a 100 percent career AFL-CIO voting record.

She’s still the most pro-labor candidate in the field.

But the AFL-CIO is not supporting Pritt. 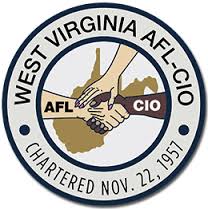 Instead, they are supporting the state’s only billionaire — Democratic candidate Jim Justice – a coal operator whose companies have a long history of mine safety violations.

An NPR investigation that aired earlier this month shows that Justice’s coal mining companies still fail to pay millions of dollars in mine safety penalties two years after an earlier investigation documented the same behavior.

The NPR analysis of federal data shows that Justice is now the nation’s top mine safety delinquent.

Pritt is the only pro-choice candidate in the race.

Yet, West Virginia Free Action Fund, the political arm of the state’s pro-choice group, is not endorsing any candidate in the race for Governor.

And West Virginia Citizen Action Group sent out an email last month calling on its members to phone bank and canvass for AFL-CIO supported candidates.

At the top of the list? Jim Justice for Governor.

When Pritt asked WVCAG’s executive director Gary Zuckett how they could support a billionaire coal operator with a record of mine safety recidivism over a citizen advocate who had received awards over the years from CAG, Pritt said that Zuckett told her – “We only have a month left. I don’t want to get into a battle with (West Virginia AFL-CIO president) Kenny Perdue.”