Resistance to the proposed Mountaineer Gas pipeline that will cut through Berkeley Springs is growing. 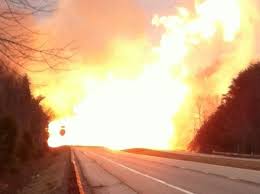 In recent weeks, a number of farmers along the proposed route have tossed Mountaineer Gas employees off their property after the company made ridiculously low offers to compensate for proposed rights of way.

One farmer said that he was offered $6,000 for a right of way that would have devalued his family farm by at least half of its fair market value.

Others just don’t want the pipeline cutting through their property — no matter the price.

Others object to the threat of government enforced eminent domain that the company wields over reluctant farmers and other residents.

But most are resigned to the fact that the pipeline is coming through no matter what.

Wessel, who lives in western Massachusetts, helped organize public opposition to the proposed Kinder Morgan’s Northeast Energy Direct natural gas pipeline that would have routed gas from northern Pennsylvania to New England and up to Nova Scotia for export.

In April of this year, Kinder Morgan — facing the twin threats of a collapsing energy market and public opposition led by groups like Wessel’s No Fracked Gas in Mass — cancelled the project.

Other groups like Stop the Pipeline are having similar successes against proposed pipelines in upstate New York.

Wessel knows what Morgan County farmers and residents are facing.

“Payments for pipeline right of ways are just that — a payment for the strip of land that the pipeline will occupy, not for the value of your whole property,” Wessel said. “They are one-time payments, not recurring like extraction well contracts.”

And she reminds residents that “low, one-time payments don’t compensate for loss of property value.”

“Right of ways can no longer have trees or large shrubs, any outbuildings, swimming pools — and most often, cannot allow for vehicles to cross over them. Some farms have been able to get a single crossing point for tractors, or have the pipe buried deep enough to still allow agricultural use, but these are special arrangements that need to be carefully brokered.”

Wessel said that “homeowners most often still pay tax and bear liability for that strip of property that they can no longer use as they please” and warned that “proximity to a pipeline can cancel some insurance policies and/or mortgages.”

On the health and safety front, Wessel said that the immediate threat to health and safety extends at least 600 feet to either side of a pipeline, in some cases double that depending on diameter of pipe and operating pressure

“There is no legally required setback from occupied buildings,” she said. “Some pipelines run as close as 25 feet to some buildings, with an impact radius — also know as an incineration zone radius —  of up to 1,200 feet.”

Wessel warned of possible damage to water wells, especially in rocky terrain, from blasting for the pipeline trench.

“Twenty miles of large transmission pipeline, packed at very high pressure, can carry a tremendous amount of fuel for fires if a pipeline ruptures,” Wessel said. “The heat put out by methane fire is much hotter than most fuels. There’s no way to put out a methane fire other than to let it run out of fuel.”

Wessel said that she would be at a presentation, and somebody would stand up and say — “What’s the big deal? I have a gas line running into my house and it never did any harm” —  I’d remind them that that’s a 1 inch line, usually not running more than 1 or 2 pounds per square inch, and when they do blow, it usually takes out the whole house, if not damage to others nearby.”

Wessel said that a transmission line is a whole other order of magnitude, and when they fail, it looks like the December 2012 natural gas pipeline explosion in Sissonville, West Virginia that blew apart three houses and melted parts of Interstate 77. (See video here.)

“Catastrophic ruptures of pipelines have occurred in Pennsylvania, Minnesota and other places where ice builds up in the soil over the winter,” Wessel said. “Pipelines are only required to be three feet deep, making them above or straddling the frost line. Friction of gas moving through the pipe causes heat that melts snow that can then freeze to the pipe, causing welds to give way.”

Wessel said that there are 1.3 “significant incidents” along gas transmission lines in the United States — every day.

Wessel said that health impacts are especially notable within a mile of compressor stations where both combustion emissions and gas released in “blow downs” to relieve pressure are in play.

“Compressor stations are sources of constant noise,” Wessel said. “Though required to be no louder than 55 decibels at the nearest occupied building, many need to be retrofitted to make this requirement after complaints of nearby residents. This regulation does not cover the noise levels of blow downs. They also are very brightly lit at night.”

Then there is the issue of gas blowdowns — the venting of gas.

Wessel said “gas blowdowns are extremely loud – most often compared to a large jet engine airplane running on the tarmac.”