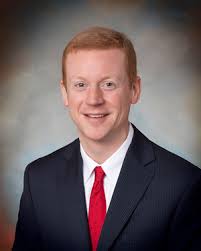 Morgan County Democrat Bibi Hahn says that Regan was ousted despite the fact that he “has done more to attract young Democrats — he and Bernie together.”

“Chris Regan has energized everybody — he has a great blog that everybody reads,” Hahn said. “He came out early for Bernie — and eventually, so did West Virginia. It’s important to weigh in the side of your state instead of your party.”

But on June 11, the state Democratic Party executive committee did the opposite — and voted 38 to 26 to re-elect Biafore as state chair — and to oust Regan as vice chair.

“The executive committee is elected by all the Democrats, from all the districts of the state,” Regan said. “It is supposed to be the supreme governing authority for the Democratic Party. But that does not occur. Instead, the committee is told, every once in awhile, that only one or two particular Democrats matter, and it must give its authority away and let the few dictate every decision.”

“We know what the results have been,” Regan said. “Doubtless we are going to talk about unity. And unity is important. But it is a false unity when all it means is that a few powerful people get everything they want. Unity means bringing everyone on board.”

“In December, Larry Puccio told me that if circumstances allowed, he would have his candidate not only for chair, but for vice chair when this election rolled around, and therefore I would be gotten rid of. That’s what he means by ‘unity’ — we are united when he gets everything.”