Betsy Heath has resigned as executive director of the Morgan County Economic Development Authority (EDA). Her last day will be June 1, 2016. 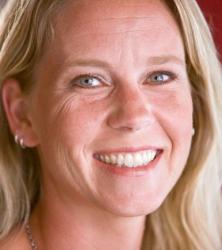 Heath and her husband Damian own the award winning Lot 12 Restaurant in Berkeley Springs, West Virginia.

In a letter to the EDA board, Heath said that “although progress has been made toward the effort of financial stability, I cannot, in good conscience continue in this role knowing that my presence (salary) will lead to financial insolvency for this organization.”

Members of the EDA board appeared before the Morgan County Commission on March 3, 2016 asking “for a budget workshop regarding funding and salary.”

According to the minutes of the meeting, “EDA board chair Beth Curtin requested the Commission support the EDA and its director.”

Commission President Brad Close “explained that the Commission does support the EDA and requested the EDA share the costs associated with the director.”

“The County Commission agreed to do a Memorandum of Understanding between the EDA and County specifying the responsibilities and costs associated for each entity.”