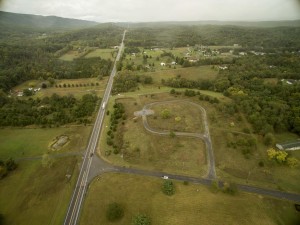 In an order handed down on November 12, 2015, the Supreme Court set a briefing schedule with final briefs due on March 14, 2016. The Court will then decide whether to hear oral arguments with a final decision handed down sometime later next year.

“We are encouraged that the West Virginia Supreme Court has recognized our appeal and set a briefing schedule on the issues raised in that appeal,” said local resident Paul Stern.“We believe that the Planning Commission has been too willing to grant waivers and make exceptions to its rules in order to benefit the developers of Dollar General. Instead they should be giving more thoughtful consideration to how this store will impact nearby residents and the community as a whole. The Commission should now halt any further action to approve construction of a Dollar General store in Oakland Overlook until the Supreme Court acts on our appeal.”

In addition to appealing Judge Wilkes’ decision to the West Virginia Supreme Court, residents who sued the Planning Commission have also sought to stay any construction at the site until an appeal has been heard.

But a Texas limited partnership by the name of SB DG and calling itself “the developer” has hired the law firm of Steptoe & Johnson to intervene in the litigation.

It is unclear how SB DG is related to Dollar General.

But SB DG wants to intervene in the litigation and wants the judge to say no to the stay — or in the alternative, wants the residents to put up a bond to cover any potential damages if a stay is granted.

Local residents say that the rural neighborhood is not an appropriate location for another Dollar General store and have delivered to the Planning Commission a petition with 419 signatures supporting this view and suggesting that the store be located instead a mile south at the Morgan County business park.

An opposing group that favors the Dollar General at the Oakland Road site has submitted a petition to the Morgan County Commission with 136 signatures.