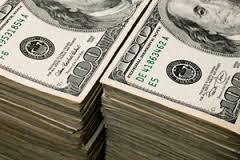 The public does not know where Go West Virginia gets its money from.

But its goal is to deliver West Virginia to the largest corporate bidders — with the Go West Virginia website touting traditional corporate anti-labor, anti-consumer values — tort reform, cap and trade, right to work and prevailing wage.

The breakfast was scheduled for tomorrow morning at the Courtyard Marriott in Charleston, West Virginia.

But according to staffers at the Courtyard Marriott, it was abruptly cancelled today.

But last night, on the eve of the Go West Virginia $100,000 fundraiser, the West Virginia House Judiciary Committee stripped out the requirement that donors to independent expenditure organizations be publicly disclosed.

The bill passed the House Judiciary committee on a party line vote — with Republicans voting for and Democrats voting against.

“The Senate’s amendments helped fix a deeply flawed bill, and the Democrats in committee sought to adopt the Senate version,” said Delegate Stephen Skinner (D-Jefferson). “Last night’s process appeared rigged and betrayed the promise of transparency from the majority party. It is disappointing that the Senate bill, which had bipartisan support, was discarded for a bill that shields the dark money groups.”

“The committee removed provisions that required increased disclosure by groups that spend huge sums of money to influence our elections without divulging the names of their donors,” said Julie Archer of WV for Clean Elections.

“The Senate took several days and many meetings to come up with a bi-partisan bill that everyone could agree on, and which passed.  The House Judiciary’s strike and insert rewrite was rushed through in a few hours and passed on a strictly party-line vote.”

Archer said that during the committee discussion it was noted that there is a $100,000 a plate breakfast planned by a secretive conservative group on Tuesday in Charleston and that the disclosures removed from the Senate bill will continue to allow these types of groups to hide their donors, while passing along huge sums of money to others who spend it to influence elections.

“The voters of West Virginia deserve to know who is funding attack ads against our candidates,” commented Gary Zuckett, executive Director of WV Citizen Action. “The Senate was heading in the right direction but now the House has gutted increased disclosure of donors to these $100,000 a plate fundraisers by so-called social welfare organizations that serve as a money conduit for Super PACs. Why does the House want to keep our voters in the dark when it comes to who is buying our elections?”