Ed Rabel and Alex Mooney: Of Cuba and Carpetbaggers

Rabel, Mooney, Democrat Nick Casey and Libertarian Davy Jones are all candidates in the second Congressional district in West Virginia. 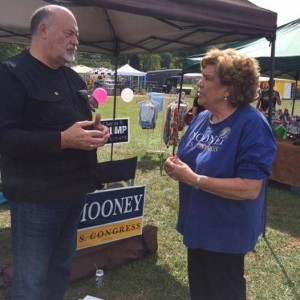 At the Founders Day Festival in Capon Bridge, Rabel and his volunteers got into a sometimes heated political discussion with Lala Mooney and Mooney campaign workers.

Lala Mooney was born in Cuba. Ed Rabel has visited the island more than 100 times.

Now, Rabel has written an open letter to Lala Mooney — titled – An Open Letter to the Mother of Alex Mooney.

“When we met at Capon Bridge, West Virginia we spoke about Cuba because you were born there and I visited the island more than 100 times,” Rabel writes.

“You spoke of how proud you were to be a Cuban and I spoke about how proud I was to be a West Virginian.” 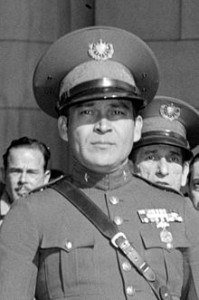 “So hated were the Spanish that your ancestors rose up and threw them out. So far, we have had no such uprising in West Virginia. The barons are here still, hated and ripe for revolution. You can understand, therefore, why we detest carpetbaggers. If not, let me remind you some more.”

“The British insinuated themselves as more than carpetbaggers in Cuba. They occupied your land, controlled your government, and enslaved your people. Remember? They, too, were forced out. We still have our carpetbaggers with us.”

“Then came the Americans. Remember those carpetbaggers? United Fruit Company, IT&T, the Mafia? They so defiled your country that it became ripe for revolution. You permitted the American puppet, Fulgencio Batista to rule your land for so long that your countrymen almost begged Fidel Castro to oust that lackey and his American patrons. You Cubans hate carpetbaggers and I don’t blame you. We still have ours and we certainly don’t need another.”

“And that brings us to your son, Alex.”

“Your son is a carpetbagger, let’s not quibble. And we West Virginians resent carpetbaggers. We are saddled with the barons who’ve insinuated themselves and bled us, and raped us for so long that we don’t seem to know what to do. But in the case of your son, we are certain. We do not want him to come here from Maryland just as you did not want the Spanish to come from Spain to invade your land.”

“So, to you, a Cuban who has deep convictions about not allowing outsiders to overrun your territory and impose their will on your people, I urge you to have a conversation with Alex. Please tell him we do not want him here. Remind him about your honorable roots in Cuba and the pain that outsiders can bring to bear on your people and my people who detest carpetbaggers. Please tell him to go home to Maryland where he belongs.”

The letter was signed — “Ed Rabel on behalf of the people of West Virginia.”