Welcome to West Virginia, Wild and Wonderful, but Don’t Drink the Water

The ad features a man shaving in front of his running water in some nearby city — maybe Washington DC or Baltimore, or Pittsburgh — and the man is daydreaming about West Virginia. He hears on the radio the rushing water of a white water river in West Virginia — and a woman’s voice says — “West Virginia is calling.” 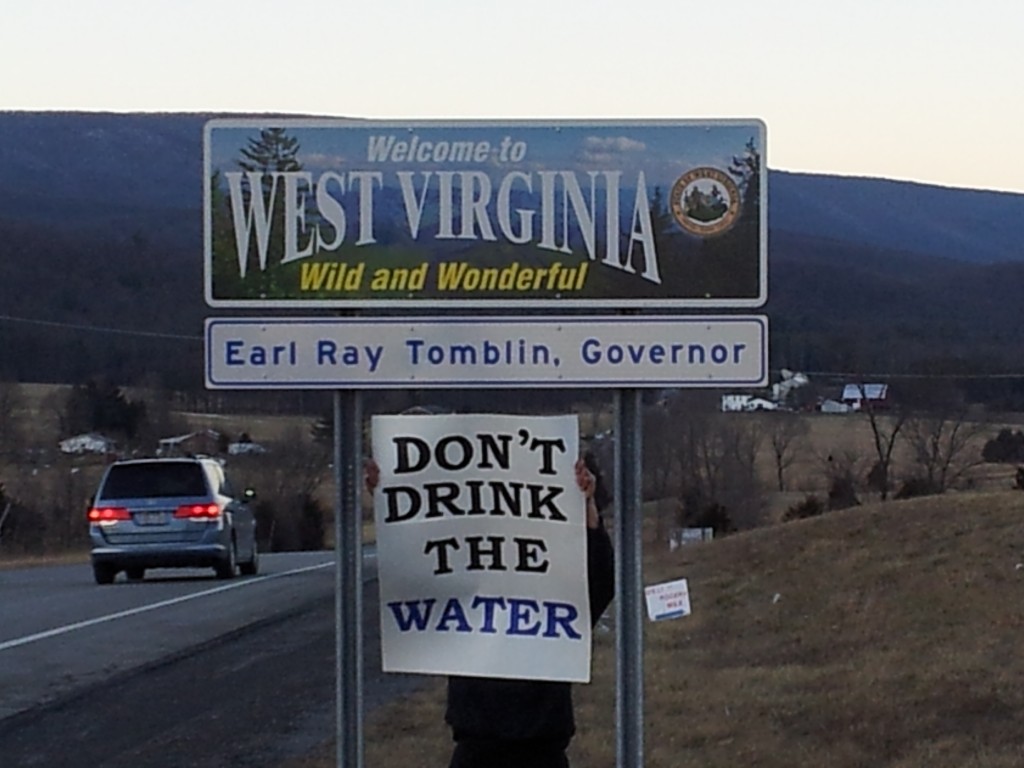 The ad was produced by the public relations firm Charles Ryan Associates.

The same Charles Ryan Associates that up until last week represented Freedom Industries, the company that dumped the 7,500 gallons of toxic chemicals into the Elk River and that contaminated the drinking water supply of 300,000 Charleston area residents.

On January 12, Charles Ryan Associates, without explanation, dropped Freedom Industries as a client three days after the spill.

And even though the “Do Not Use the Water” orders have been lifted for much of the region, there are indications that people do not trust either the water company or the government.

A number of callers into Hoppy Kercheval’s popular MetroNews Talkline Radio show last week said they weren’t going to drink the water because it still smelled coming out of the tap.

On Tuesday, January 14, Kercheval asked West Virginia American Water company spokeswoman Laura Jordan about customers complaining about the smell of the water when their turned their taps on.

Jordan said “just because you can smell it does not mean there is any health risk.”

Tell that to the people still being admitted to Charleston area hospitals.

The Charleston Gazette reported last week “even as the last official water restrictions were lifted, more people were getting sick from exposure to the chemical that contaminated the Kanawha Valley’s drinking water.”

West Virginia, Wild and Wonderful — But Don’t Drink the Water.