It’s been two months since 400 citizens of the second Congressional district of West Virginia petitioned their Congresswoman, Shelley Moore Capito.

The petition was delivered on June 26 to Capito’s Martinsburg office asking for Capito to meet with her constituents to discuss raising the minimum wage from the current $7.25 an hour to $10.50 an hour. 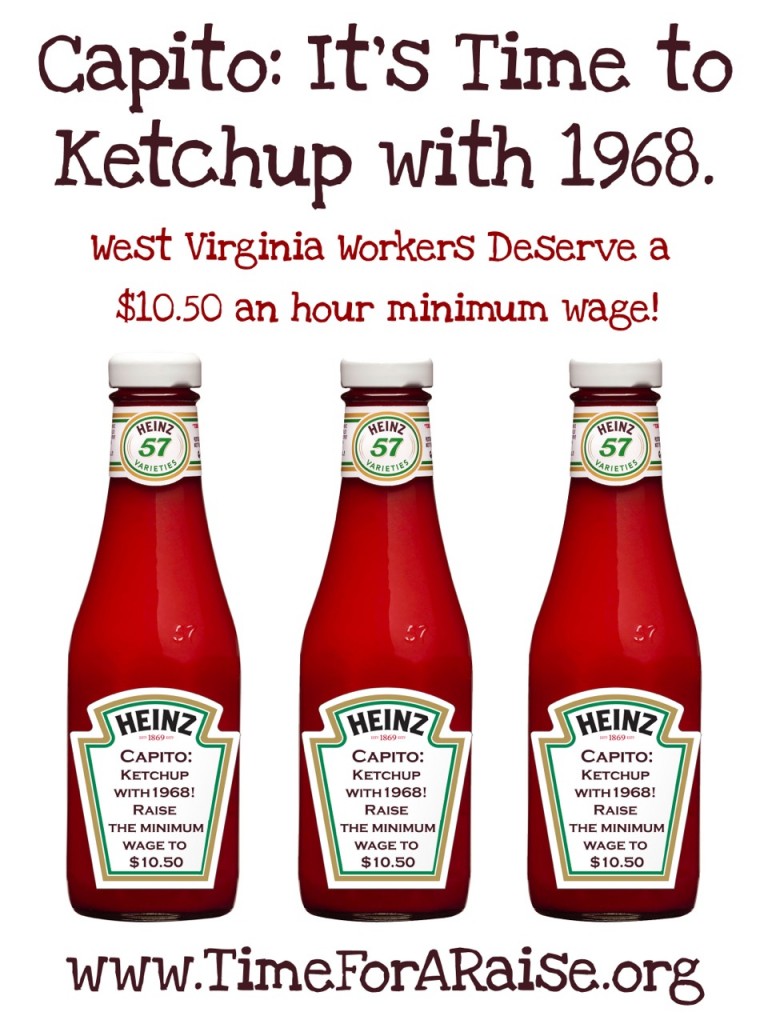 The petition pointed out that adjusted for inflation since 1968, the federal minimum wage, now stagnant at $7.25 per hour, would be $10.67 per hour.

The petition called on Capito “to meet with us at a town meeting, during the August recess, at a convenient public space to discuss the legislative necessity of a $10.50 federal minimum wage for the working poor of our country who produce, serve and care for us each day.”

Capito responded with a letter July 15 saying that she voted for the raise in the minimum wage in 2007.

In an effort to get Capito’s attention, citizens in West Virginia, in coalition with Ralph Nader’s timeforaraise.org campaign, set up a contest promising a customized bottle of Heinz Ketchup to anyone who can get Capito to respond to the petition for a meeting.

Today, one of those bottles was delivered to Capito’s Martinsburg office.

Capito staffer Chris Strovel at first resisted accepting the Heinz Ketchup bottle on Capito’s behalf, saying “it would be better to give it to a food bank or something.”

No, Chris, we want it to go to Congresswoman Capito, so she knows about the Ketchup with 1968 Campaign and answers the petition from 400 of her constituents.

And if the minimum wage is raised, Chris, then perhaps there will be fewer West Virginians in need of food banks, no?