Senator Charles Trump (R-Morgan) shepherded through the Senate last week a bill that would crack down on teacher strikes. 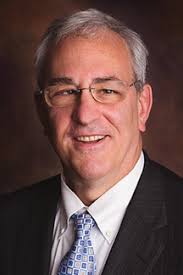 Last Sunday, by a vote of 17 to 14, the West Virginia Senate passed legislation sponsored by Trump that would declare teacher strikes or work stoppages unlawful and give counties the authority to dock their pay or fire them. The bill would also not allow for extracurricular activities like sporting events to occur on days the teacher strike. The bill also says that “no superintendent may close a school in anticipation of or to facilitate a concerted work stoppage or strike.”

Trump said that his bill was a “mere codification” of a 1990 West Virginia Supreme Court decision that declared that there is no right to strike for public employees.

But Joshua Weishart, a Professor at the West Virginia University College of Law, said that Trump’s bill was more than a “mere codification.”

“This bill goes well beyond what the Supreme Court said in 1990,” Weishart said.

On the floor of the Senate last Sunday, with teachers looking down from the gallery, Trump said that the West Virginia Constitution mandates the legislature to provide a thorough and efficient system of free schools — public education for the children of this state.

“As I stand here today, I contend that among the largest threats to a thorough and efficient system of public education that we face in West Virginia is the threat that arises from illegal strikes and work stoppages,” Trump said. “This amendment is designed to stop that unlawful conduct.”

Senator Mike Romano (D-Harrison) urged a no vote on the bill.

Romano said that the bill was “retribution” for the teachers going on strike in 2018.

“It’s a fear of people collectively petitioning their government for what is right,” Romano said. “Our educators would have had a one percent raise two years ago had they not come down here and made their voices heard.”

“All we are trying to do is to suppress their Constitutional rights by placing upon them an onerous penalty that will cost them their jobs. And you know what — whether we are in charge or you are in charge, they will take us up on it one day. I want to know what this state will do when 20,000 teachers get fired. I want to know what this body is going to do then. What emergency tactics we will have to take to try and get our children educated? This is stupid. We ought to vote against it.”

Senator Douglas Facemire (D-Braxton) said that West Virginia “was founded on people getting together when they are mistreated.”

“And we are here today saying our educators, our service personnel, do not have the right to organize.”

“We are on some pretty shaky ground here. It’s mean. It’s mean spirited. At the end of the day, we are penalizing people for trying to make their lives better.”

The education bill being pushed through the Senate has deepened the split within the West Virginia Republican Party.

Governor Jim Justice, the girls basketball coach at Greenbrier East High School, expressed opposition to the bill after it passed the Senate.

“What are you going to do in the middle of football season if we have a work stoppage and we’re out for 10 days and we can’t practice, and we go back on Thursday?” Justice asked. “Are you going to play on Friday night?”

Senate Republicans are not happy with the Governor’s opposition to their bill.

“I finally realized he was more concerned about coaching basketball than he is taking care of the state of West Virginia,” Blair said.