Feeling the heat of a grassroots citizen uprising against the proposed Rockwool heavy industrial insulation plant, the Jefferson County Commission is having serious second thoughts. 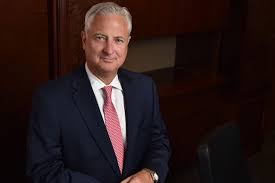 “Prior to being invited to locate a facility in Jefferson County, Rockwool was considering at least ten other locations,” wrote Rockwool’s lawyer James Walls of Spilman Thomas & Battle to the Commission.

“To induce Rockwool to select the City of Ranson and Jefferson County, each of those governmental bodies made certain legally binding promises to Rockwool,” Walls wrote.

“In return, Rockwool promised to invest approximately $150,000,000 to construct and operate its facility and to create approximately 140 high-paying, full-time positions.”

“In reliance on these specific economic incentive promises, Rockwool has been fully performing its obligations and keeping its promises.”

“To date, Rockwool has spent more than $25 million in the selection and development of its Ranson site, and Rockwool will suffer great economic injury should actions taken by Jefferson County delay the project. Indeed, damages arising from a material delay of the project could exceed $100 million.”

“Obviously, as Rockwool has been investing tens of millions of dollars and performing its substantial obligations, it has every right to expect those governmental entities which induced it to make those investments and undertake those obligations to keep their promises. It also goes without saying that Rockwool would have no alternative but to pursue it legal rights and remedies to the fullest extent should it not receive the economic tax and utility incentives it was promised and upon which it has relied and performed.”

Amanda Foxx, a board member of Jefferson County Vision, the citizens group leading the opposition to Rockwool, said that  if anyone thought Rockwool would be a good neighbor, “their threat to file a $100 million lawsuit against the Jefferson County Commission for simply asking questions about options suggests otherwise.”

“These are heavy-handed scare tactics, plain and simple,” Foxx said. “Rockwool wants to deny Jefferson County residents our political and legal rights, and intimidate our officials into giving them everything they want, including preferable tax treatment, subsidies, and special behind-closed-doors treatment.”

“We remain extremely appreciative of the County Commissioners who have listened to our concerns and refuse to be intimidated by a global corporation intent on constructing 21-story smokestacks and running hundreds of heavy trucks by our school zones, as well as dumping epic amounts of toxic pollutants in our air.  Enough is enough. Rockwool’s treatment of Jefferson County will only get worse if they are permitted to continue, not better. Good neighbors don’t threaten $100 million lawsuits against each other, especially before their house is even permitted to be built. This is just another reason why Rockwool must go. The rigged process that permitted this facility was deeply flawed.  The Rockwool plant is a disaster for Jefferson County and must not go forward.”

Jefferson County Vision says that Jefferson County Development Authority (JCDA) board members are raising serious concerns about the JDCA process and are seeking a delay in the Water Bond vote scheduled for next Tuesday, September 18th.

“These JCDA Board Members are reportedly seeking help from the Jefferson County Commission regarding undue and inappropriate pressure from JCDA leadership on their right to cast votes according to their conscience about the best interest of the County,” the group said.

The group filed a Freedom of Information Act request seeking communications that would shed light on the situation.

“In light of Rockwool’s recent threat of a $100 million dollar, the release of this information about what is really going on behind the scenes of our government is critical,” the group said. “The public has a right to know and the JCC should comply with our FOIA request with haste and immediately release any recent communications from JCDA Board Members regarding Rockwool and the Water Bond vote.”