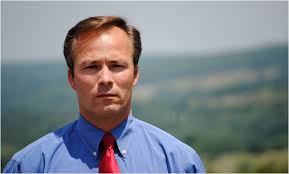 Folk made his announcement on the WRNR morning show Eastern Panhandle Talk.

“The contrast between John and I is significant,” Folk said. “I don’t mince words. I had no desire to be a career politician. It was move up or move out. If you look at the history of our records, you will see that mine has been consistent and John’s has been too, in some respects. I believe that oftentimes the government is the problem. John believes that government is the solution. His history shows that.” 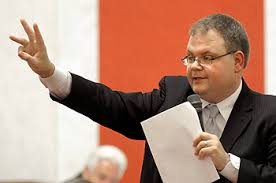 “I supported some people who ran for Senate — like Patricia Rucker — and I just feel I could be very effective over there (in the Senate.)”

In 2016, Rucker upset Senator Stephen Skinner (D-16), by 53 percent to 47 percent in the same 16th Senatorial District that Folk and Unger will face off in in November. (The 16th includes most of Martinsburg and all of Jefferson County.)

Does that mean that the 16th Senatorial district is fertile ground for Folk to beat Unger?

“There was no bigger contrast between Stephen Skinner and Patricia Rucker,” Folk said. “I don’t think it’s much different between John and I. The distinctions are clear. I believe the solutions are the private sector, personal responsibility, fiscal responsibility — and I have the record to prove that, even against my own party. My opponent had no problem for twenty years increasing spending in the State of West Virginia enormously even though our population has shrunk.”

“Do I ruffle the feathers of (Republican) leadership who four years said one thing and maybe now four years later are doing something different? That frustrates a lot of people in our party.”

Folk was asked — how do you blend into that mix with Senator Charles Trump (R-15), Senator Craig Blair (R-16) and Governor Jim Justice?

“Last session was part whack a mole — trying to knock down the bad tax proposals — and part tug of war — we’re not going to increase spending $450 million, which was what the Governor’s budget proposed. We met somewhere in the middle — passing a $4.225 billion — slightly more than last year — about $80 million. If you take out the flood relief, we passed a flat budget. I consider that a win.”

How do you get along with Senators Rucker, Trump and Blair?

“I worked with Charlie a whole bunch when I was with the Judiciary Committee,” Folk said. “I have a good relationship with Charlie. Craig — I think I’ve grown on him a bit, but maybe not. That’s between him and himself whether he agrees. I think he agrees that I’m well researched. I know my facts. There was probably no bigger proponent for Patricia Rucker’s candidacy than me. I saw how hard she worked. And I like people who work hard. Several members of the House who I worked with are now in the Senate — Mike Azinger (R-3) for one, who is a fiscal conservative also. You can go down the line.”

“But more importantly, I can work across the aisle. Senator Mike Woelfel (D-5) — I have a good relationship with Mike. Senator Richard Ojeda (D-7) — I don’t necessarily agree with everything, but he’s a passionate person. We work well together, we respect each other. He’s a little bit like me in the sense that we both think the establishments of both parties have sometimes not done the best things for our state and our country. I have gained a lot of respect, especially from the opposing party.”

Did you seek the counsel or support of any of the Republicans in the Eastern Panhandle before making your decision?

“When I ran in 2012 for the first time, I sought out the senior member of the legislature to let him know. I was told at that time — we already have our candidate picked. Please support them. I told him — I’m not asking your permission, I’m just letting you know. I talked to a few people this time. I have had many people in the Senate  come to me and say — please run, please run.”

Last session, he bucked the House Republican leadership to push through West Virginia’s medical marijuana bill and wants to strengthen it in the upcoming session. Folk is also supportive of President Trump’s unpopular tax bill, which he predicts will put more money in the pockets of West Virginians and as a result will add to West Virginia’s sales tax revenues.

On his website, Folk says writes that “I am currently back working as an airline pilot as a 757/767 pilot  mainly flying to Europe.”

Folk made national news last year when he tweeted that Hillary Clinton should be tried for treason and then “hung on the mall in Washington, D.C.”

In the wake of the adverse publicity to the Folk tweet, United Airlines suspended Folk.

“This pilot has been removed from flying pending our investigation,” United Airlines said at the time. “We are appalled by his threatening comments.”