A building debris dump appears in the county — right next to a church.

County officials are not notified. 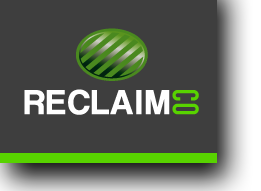 Neighbors are not notified.

There is no public notice in the local newspaper.

Can it happen here in Morgan County?

The dump is located next to the New Testament Faith Assembly in Capon Bridge.

In November 2015, the company did get a non-commercial construction demolition permit from the West Virginia Department of Environmental Protection.

This did not at all please Charles Baker of the Hampshire County Planning Office.

Baker said he learned about the facility only a couple of months ago when he got calls from neighboring residents complaining about traffic in the area.

In September, Baker wrote to state officials questioning how the permit could be issued without first notifying “adjoining property owners, local communities, or the local governmental body having jurisdiction.”

Baker also questioned how the permit was non-commercial when in fact Reclaim Inc. is a for-profit company.

“If a developer is demolishing homes in one location and then transporting the debris so that they may redevelop the original property for profit or has a demolition business, wouldn’t that be a for-profit venture?” Baker asked.

West Virginia Department of Environmental Protection official Scott Mandirola wrote back to Baker confirming that registrations with the state for a dump site “are not subject to public notice or public comment.”

So, yes — a company can buy a parcel of land anywhere in Morgan County, get a permit from the state, and just start dumping.

No notice to you.

No notice to me.

No notice in the local newspaper.

No notice to anyone in the local community.

Reclaim’s CEO RJ Williams said that the company purchased about 70 acres in Hampshire County in 2014, got their state permit from the Department of Environmental Protection in November 2015 and began dumping at the site in May 2015.

Of the 70 acres, less than two acres are permitted for the dump site, Williams said.

Williams said that the only thing being dumped there is construction demolition debris – concrete, brick, wood. drywall – no asbestos or hazardous materials will be dumped there.

“We have very strict guidelines that we have to follow,” Williams said. “We have four dump sites around the state and have had zero notices of violations. I have no incentive to take hazardous materials out there. We follow the rules and guidelines set by the state. We may only use the Hampshire County site four or five times out of the year. It’s not a staffed facility. We only staff it when we are there doing something. It’s a minimally used facility.”