He has successfully sued some of the world’s most powerful institutions — Swiss banks, Texaco, Exxon, the NFL, the NCAA. 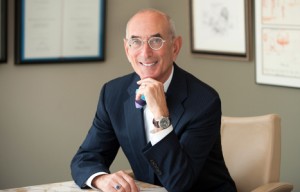 Now, Michael Hausfeld, who one reporter recently called — The Toughest Lawyer in America —  has a new target — Dollar General.

Hausfeld has been retained by a group of West Virginia residents to fight off a proposed Dollar General store ten miles south of Berkeley Springs. (Hausfeld owns a house nearby.)

“I have been retained by a number of citizens in Morgan County concerning the proposed establishment of a Dollar General store at the intersection of Route 522 and Oakland Road in Berkeley Springs, West Virginia,” Hausfeld wrote. “These citizens are seriously concerned about both the need for such a business at the site as well as the impact of the presence of a Dollar General store on their environment and community. They are committed to seeking total transparency and evaluation of the proposal in light of their concerns.”

Dollar General’s Dan MacDonald responded to Hausfeld last month by saying that their developer — Cross Development — had conducted due diligence on the site and determined that the site “meets all of our criteria for a new Dollar General.”

“We have a signed lease with Cross Development to operate a store at that location and intend to honor our legal agreement,” MacDonald wrote. “Based on our sound and tested evaluation process, we are confident the store will be successful and will fill an important need in the community for convenience and everyday low prices on the food, supplies and household items families use and replenish most often. We look forward to serving the Berkeley Springs community with quality goods, convenience and value.”

Hausfeld then asked for the details of the due diligence study of the site.

“I conveyed your position to my clients,” Hausfeld wrote to MacDonald. “They are most interested and appreciative of the company’s desire to ‘fill an important need in the community,’ which is reflected in the due diligence completed by Cross Development in evaluating the location to service that objective. In order for my clients and the community to fully appreciate the basis of that evaluation, we request a copy of the findings and recommendations of Cross Development as to the Route 522/Oakland Road location.”

On May 5, Dollar General’s MacDonald wrote back to Hausfeld saying — no dice.

“We are respectfully declining your request,” MacDonald wrote. “This is proprietary information that we consider confidential.”

A hearing on that lawsuit is set for May 15, 2015 at 1 pm before Judge Christopher Wilkes at the Morgan County Courthouse.

In his original March 31 letter to Dollar General CEO Dreiling, Hausfeld suggested that the lawsuit against the Planning Commission would not be the end of the matter.

“After resolution of that issue, there will be numerous procedural measures that would need to be found in favor of the proposal before  construction of the store could be commenced,” Hausfeld wrote. “At that time, the citizens would evaluate proceeding for an injunction depending upon all other appropriate legal considerations regarding completion of the store at that site.”

“The citizens believe that there are other, possibly even more economically beneficial alternatives available to you other than the Rt. 522/Oakland Rd location,” Hausfeld wrote. “It would seem wise for all interested parties to engage in a dialogue to see if a business resolution is achievable.”