The building at 33 Fairfax Street in Berkeley Springs that houses Portals, Awakenings Health Center and the Himalayan Handicrafts was heavily damaged this morning by an early morning fire. 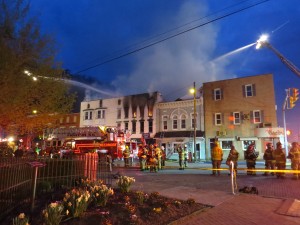 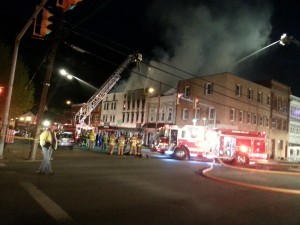 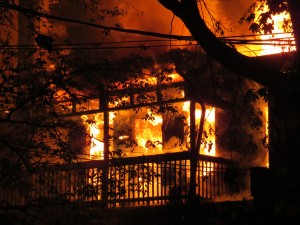 According to witnesses at the scene, the fire started at about 4 am on the top floors of the building. Witnesses said tenants living in apartments there were evacuated by Berkeley Springs fire and rescue personnel.

Ladder trucks from surrounding communities, including Needmore, Pennsylvania and Williamsport and Hagerstown, Maryland, were instrumental in containing the fire.

At 6 am, firefighters were still battling the blaze, but it appeared under control.

Neighboring buildings housing the Fairfax Coffee House and Mountain Laurel Galleries were threatened by the blaze and may have suffered water damage.