It’s a pig roast. And it’s a fundraiser for Brenda Hutchinson, who is running as an independent against Republican Daryl Cowles for a seat in the West Virginia House of Delegates (District 58). 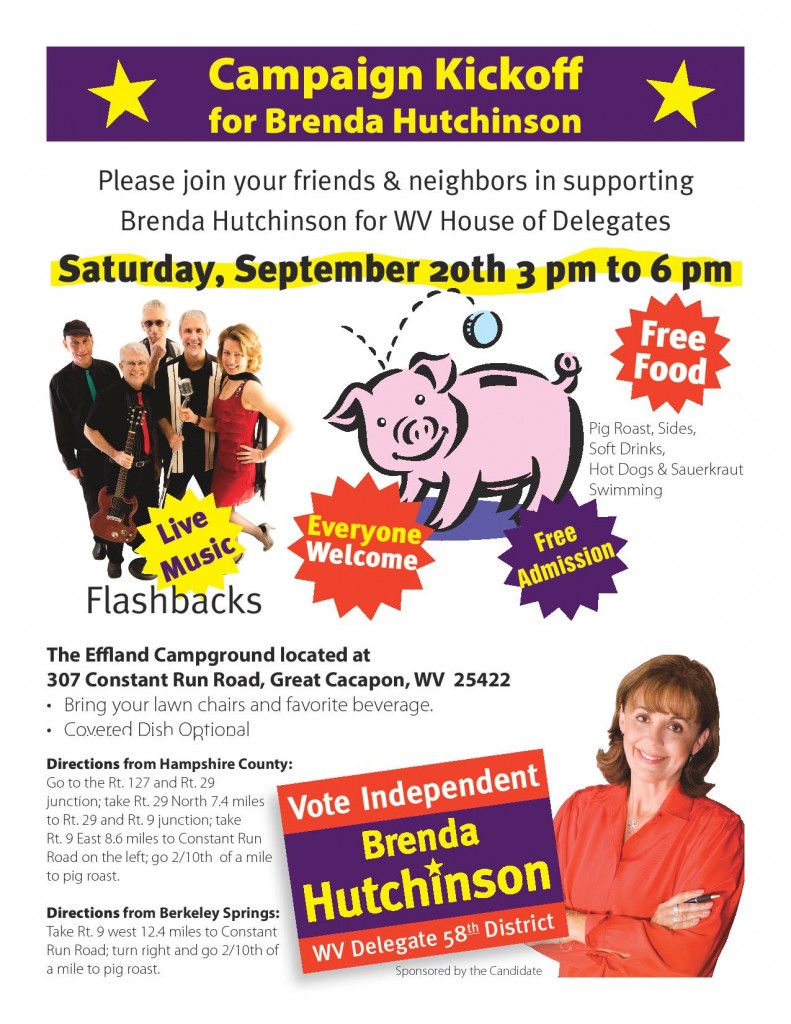 The pig roast/fundraiser will take place Saturday September 20 between 3 pm and 6 pm. at the Effland Campground on Constant Run Road in Great Cacapon.

According to a poster announcing the event, there will be free food including pig roast, sauerkraut, hot dogs, soft drinks and sides.

And the crowd will be entertained with music by The Flashbacks.

The race between Hutchinson and Cowles will present a clear choice for voters in the district, which covers the eastern part of Hampshire County — including Capon Bridge, Augusta,  Slanesville, Bloomery, Delray and Rio — and the northern part of Morgan County — including Berkeley Springs, Great Cacapon and Paw Paw.

Hutchinson favors an increase in the minimum wage and she is opposed to mountaintop removal mining and fracking.

Cowles is one of five members of the House of Delegates who voted against a $1.50 raise in the minimum wage over three years. Cowles stands for mountaintop removal and fracking.